The Life and Wives of Henry VIII

Henry VIII was king of England from 1509 to 1547. He is perhaps best known for his succession of wives, some of whom were put to death, and was a key figure in both English and religious history. 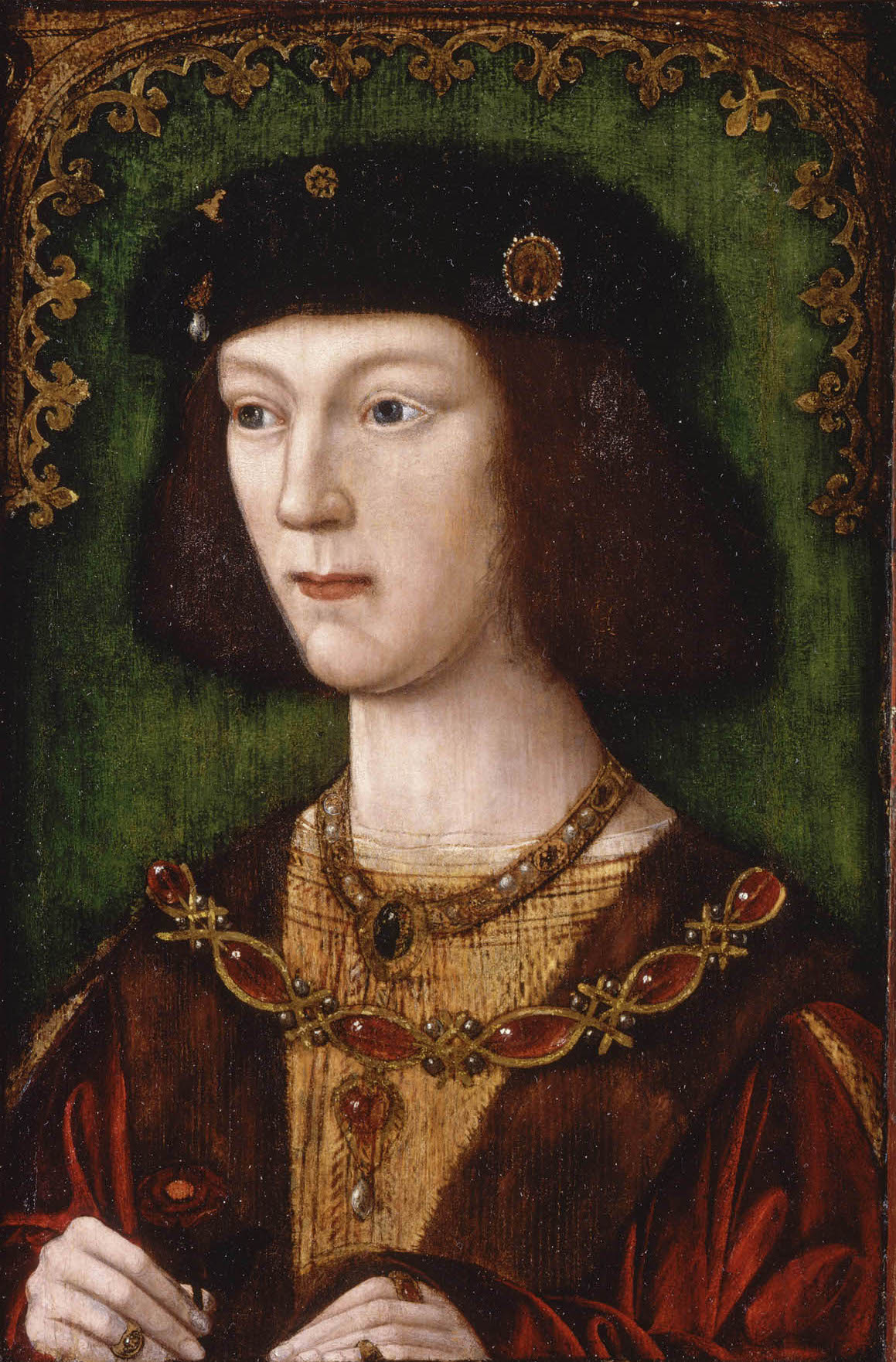 Henry was born June 28, 1491, the second son of King Henry VII. Raised as a prince and second in succession to the throne, Henry was an intelligent and athletic youth. He was schooled in Latin, Greek, and French, his upbringing in a large degree under the control of his paternal grandmother, Margaret Beaufort, an intelligent and shrewd woman. By age 10, Henry was expected to attend and even preside at royal functions, officially receiving his brother’s betrothed bride and his own future first wife, Princess Catherine of Aragon, in 1501. Henry’s life changed dramatically in 1502 when his older brother Prince Arthur died unexpectedly at age 16. Arthur had been married less than five months to Catherine of Aragon. A year later, Henry’s father began negotiations to allow Henry to marry his brother’s widow, which required special permission from the pope in Rome. That year, at age 11, Henry became officially engaged to Catherine, though they were not married till after Henry became king. During those years, Catherine became a political pawn in the diplomatic negotiations between Spain and England, as Henry’s father threatened several times to cancel the engagement.

When his father died in April 1509, Henry was officially crowned king of England, lord of Ireland, and
king of France (a nominal title, since he only ruled a portion of France). Two months later, Henry married Catherine of Aragon. The 18-year-old king made an impressive appearance at court, being extremely physically fit and robust and thrilled with jousting, hunting, and dancing. He was attentive to the responsibilities of governing, but avoided routine meetings, expecting his counselors to go to him at his convenience to report and present issues requiring Henry’s decision. Chief among his counselors was Thomas Wolsey, who became Henry’s chief minister in 1512. His early years of marriage to Catherine were generally happy ones, but marred by the fact that his first child was stillborn, and his second child, a son, died within six weeks of his birth. In 1515, a daughter, Mary I (crowned Queen Mary in 1553), was born. During this time, there were substantial changes in neighboring France and the rest of Europe. In 1515, King Louis XII of France died, and his son Francis I took the throne. In 1519, Emperor Maximilian died and his son Charles (nephew of Queen Catherine) became Emperor Charles V. The three young rulers were at times allies, and other times enemies (often two against the other) over the next 30 years. After Charles’s accession, Henry made an official visit to both King Francis and Charles at elaborately planned events marked with enormous pomp and ceremony. Wolsey, increasing in personal power during these years, represented Henry ably in orchestrating the events, ensuring that Henry had the upper hand wherever possible. These years also marked the beginnings of the Protestant Reformation in Germany, when the young priest Martin Luther nailed his 95 Theses to the church door in Wittenburg on October 31, 1517. Henry was fascinated by theology and sought to bring to his court men of great learning, including the esteemed scholar Erasmus of Rotterdam. At this time, Henry was completely opposed to the reformers, writing his own refutation of Protestant doctrine titled The Assertion of the Seven Sacraments, published in May 1521. 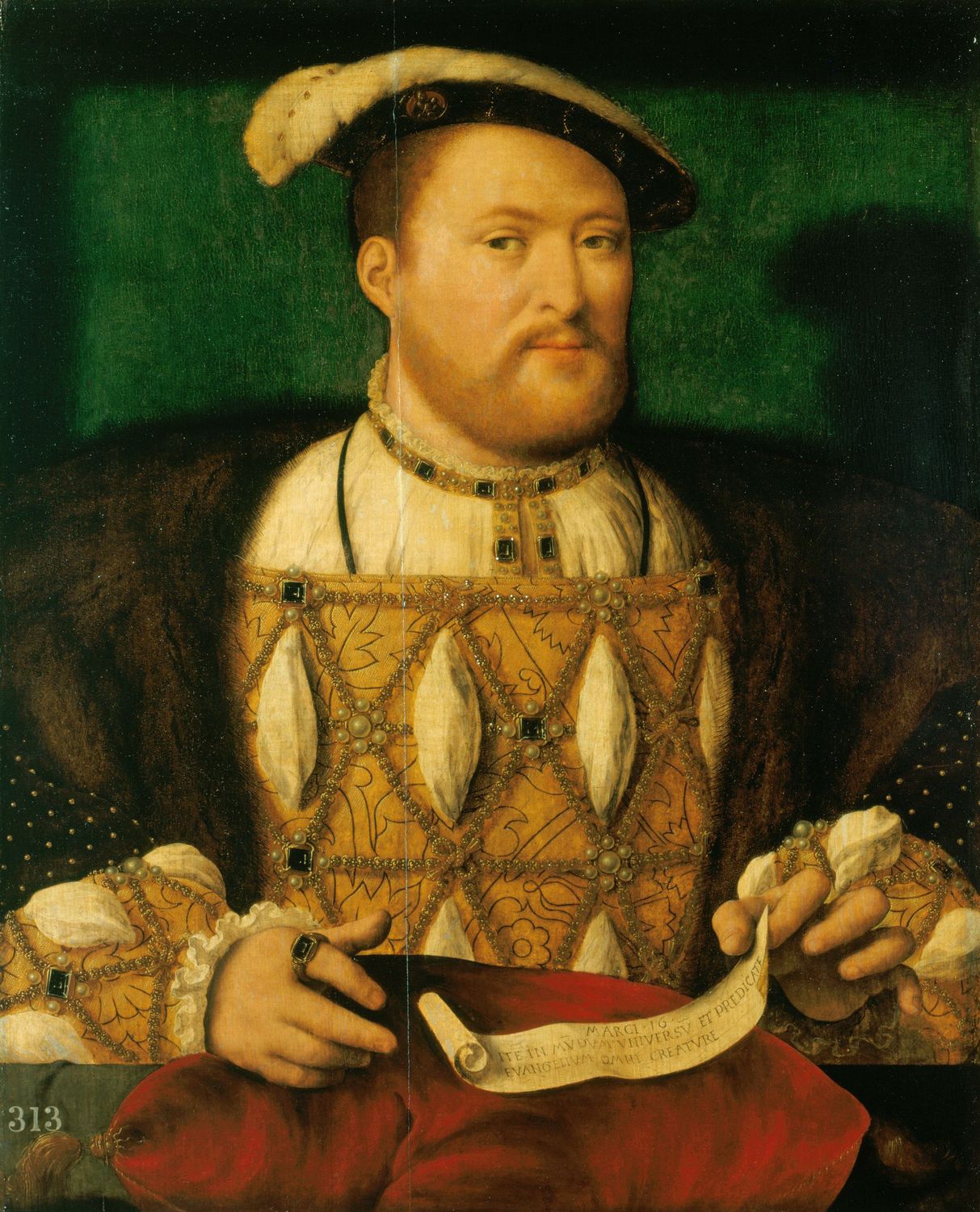 By 1525, Henry could see that Catherine would never bear him a son. Catherine was already 40 years old, and only their daughter Mary had lived past early childhood. Henry was greatly concerned to ensure a male heir to the throne for he knew that others would claim the throne, especially under a queen. Henry had an illegitimate son and considered the possibility of raising him to an official status but worried that this would simply aggravate the problem. Complicating matters was the fact that Henry had become enamored of a= woman at his court named Anne Boleyn and was seeking to make her his mistress. Finally in 1527, Henry decided to seek divorce from Queen Catherine and marry Anne Boleyn. This required papal dispensation, a matter complicated greatly by the fact that Charles V had recently invaded Rome, the home of the pope, and was understandably hostile to Henry’s desire to divorce Charles’s aunt. The key figure in the negotiations with Pope Clement VII was Wolsey, now England’s cardinal and the second most powerful man in England after Henry. The argument crafted by Henry, Wolsey, and other councilors was that the marriage of Henry and Catherine was illegal, since she was previously married to Henry’s brother Arthur (even though a papal dispensation had been received for the marriage). Clement was pressed by both Henry and Charles to decide one way or the other but succeeded in delaying a decision for nearly five years. Wolsey’s unsuccessful efforts to get a decision from Clement eventually led to his downfall and removal from office.

Breach with The Catholic Church

When informed by Anne Boleyn in 1533 that she was pregnant, a frustrated Henry decided to take matters into his own hands and declared that England had the authority to decide this matter, not a foreign pope. The legal and political maneuvering to accomplish this was complex, as Henry was both trying to avoid open war with Charles and Francis and to ensure that the necessary acts of Parliament were done correctly. By May of 1533, the new archbishop of Canterbury, Thomas Cranmer, with the support of nearly all the English bishops, had declared Henry divorced from Catherine and recognized his marriage to Anne. The breach with the Roman Catholic Church became complete in March 1534, with the passing of the Act of Supremacy, declaring that the king was, next to Christ, the “only Supreme Head in earth of the Church of England.” In order to ensure support for the act, an oath was administered to both church and civic officials. Most took the oath, but a few notable men refused to take the oath, including the king’s own chancellor, Thomas More. More, Bishop Fisher, and several others were put to death for their refusal to take the oath. This marked the beginning of the present-day Anglican Church as well as the suppression of the Catholic Church in England.

The hoped-for male heir did not come from Anne Boleyn. In September 1533, Anne bore Henry a daughter named Elizabeth, eventually crowned Queen Elizabeth I. Anne and Henry’s relationship slowly worsened after their marriage, but it was in April 1536 after Anne miscarried a baby boy that rumors of Anne’s infidelity surfaced. Charges of infidelity and treason were brought against Anne and her supposed lovers (though it is not clear how truthful the charges were). Anne and several men were put to death in May 1536. Two weeks after Anne’s death, Henry married Jane Seymour, a woman he had been courting for several months. Jane bore a son, Edward VI, in September 1537 and died soon after from the effects of childbirth. Henry was not to have any more children. Henry did have three more wives in succession. After a series of negotiations in 1540, Henry agreed to marry Anne of Cleves, the sister of an influential German duke. Assured that Anne was a great beauty, Henry was greatly disappointed upon meeting her, nearly putting off the marriage. Henry divorced her six months later in order to marry his new lover, Catherine Howard, in July 1540. His choice of Catherine was an unwise one. Unbeknown to Henry, Catherine had several previous lovers and perhaps had continued a relationship with one of them after her marriage. This eventually came to the notice of Henry’s councilors, and with Henry’s consent, Catherine was tried and convicted of treason and executed in February 1542. In July 1543, Henry married Catherine Parr. Only Catherine Parr and Anne of Cleves outlived Henry. By 1544 at age 53, Henry was an old man. He was substantially overweight, and his legs gave him great trouble with infections nearly killing him. He rallied at the prospect of invading France, which he did in July 1544, capturing the city of Boulogne at a high cost of men and supplies. War with France continued till 1546, when a treaty was signed between Henry and Francis I. By this time, Henry could no longer walk or stand without assistance (though he could still be lifted onto a horse and enjoy a hunt). Later in 1546, Henry realized he had not long to live and set about eliminating opponents to the succession of his heirs, most notably the duke of Norfolk and his son, the earl of Surrey, who were convicted on charges of treason just before Henry’s own death.

Napoleon I Bonaparte – From Emperor to Exile

CONQUEST OF EUROPE Bonaparte returned to Italy, which had been taken back by the Austrians while he had been preoccupied in Egypt. He entered Italy...
Read more
Medieval History

Chandragupta II was the third ruler of the Gupta Empire of India. He reigned when the Gupta dynasty reached its zenith of power, and...
Read more
Load more