The last of the Stuart rulers, Anne was born on February 6, 1665, in London to King James II (r. 1685–88) and Anne Hyde. Although her father converted to Roman Catholicism, Anne’s uncle, King Charles II, gave orders that Anne and her sister, Mary, were to be raised Protestant. In 1683, Anne married Prince George of Denmark, and by all accounts the two were well-matched and content in marriage. They were plagued, however, with the inability to have a family. In 1700, their 11-year-old son, William, died. After at least 18 pregnancies, 13 ended in miscarriage or stillbirth, and in the others infants did not live to the age of two. William was the only child to survive into childhood. Anne entered the line of succession according to the 1689 Bill of Rights and succeeded her brother-in-law, William III (reigned 1689–1702). She took the throne on March 8, 1702, as queen of England, Scotland, and Ireland. Anne was determined to look after the Anglican Church, believing that God had entrusted it to her care.

The War of the Spanish Succession

The War of the Spanish Succession (1702–13) erupted over disputed claims to the Spanish throne. This conflict dominated Queen Anne’s reign. France, Spain, and Bavaria were pitted against Britain, the Netherlands, Austria, most of Germany, Savoy, and Portugal. Louis XIV (1638–1715) had repudiated the Partition Treaty of 1698’s solution to the succession problem. He debarred trade with the Spanish Indies and refused British imports as he set about his expansionist agenda. The dominating figure from the allies was General John Churchill, the duke of Marlborough (1650–1722), who marched rapidly to Blenheim to defeat the French in 1704. The Treaty of Utrecht of 1713 ended the war, and its provisions were beneficial to Britain’s colonial and commercial interests. Britain’s marine supremacy was intact. Britain received Gibraltar and Minorca in Europe, along with Newfoundland, Nova Scotia, and Hudson Bay territory in North America. It won exclusive rights to supply slaves to the Spanish colonies. France was forced to recognize Protestant succession to the throne of Britain. 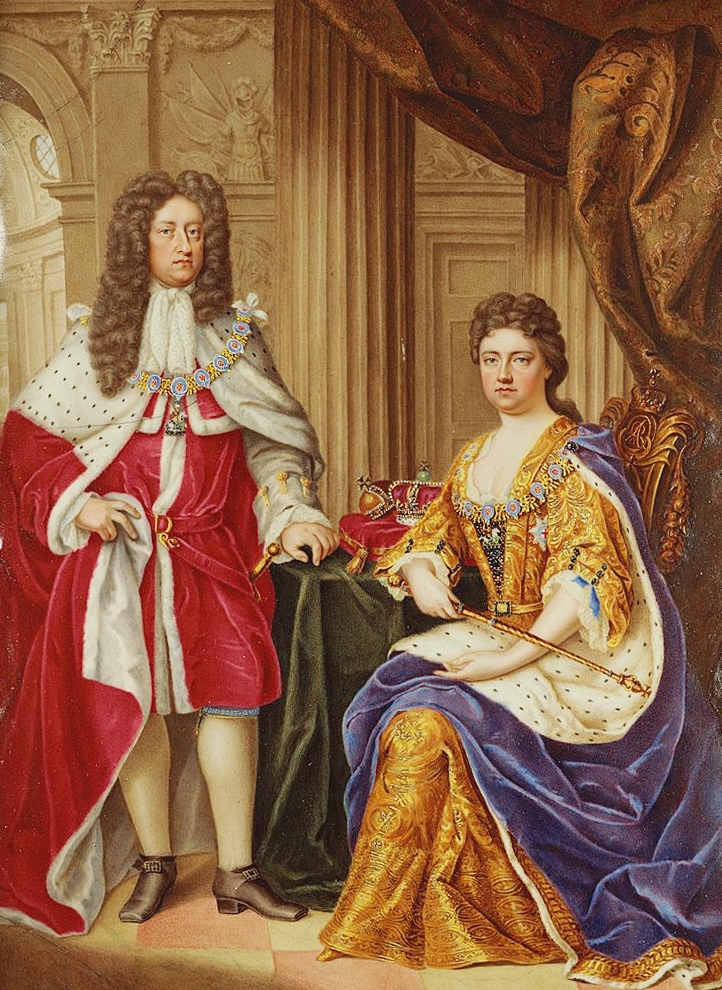 The single kingdom of Great Britain

In 1707, England and Scotland combined under the Act of Union to become the single kingdom of Great Britain, making Anne the first monarch of Great Britain. The union of England and Scotland was mutually advantageous. Scotland accepted free trade, better economic opportunity, and an intact church in exchange for recognition of the Protestant English succession to the throne. England also benefited politically and militarily by having the land and coastline of Scotland as part of its kingdom.

The parliamentary party differences between the Tories and the Whigs

The parliamentary party differences between the Tories and the Whigs fully emerged during Anne’s reign. The Whigs were advocates of religious toleration, constitutional government, and the War of the Spanish Succession. The Tories adhered to the Anglican Church and divine right theory and supported the war only at early stages. Marlborough, a Tory, had influence over the queen through his wife, Sarah Jennings (later Sarah Churchill, duchess of Marlborough, 1660–1744). Marlborough switched his loyalty to the Whigs and brought his son-in-law, Charles Spencer Sunderland, in as secretary of state. Anne excluded other Tories from office at the insistence of the Marlboroughs and Sidney Godolphin (lord high treasurer, 1702–10). The Tories passed the Occasional Conformity and Schism Acts in 1711 and 1714, aimed at weakening the Nonconformists. But the Tory desire for putting Prince James Francis Edward Stuart, “The Old Pretender,” on the throne before the queen’s death was not fulfilled. Anne had not produced an heir to her throne, so she arranged for the accession of a distant cousin, the Protestant Hanoverian prince George Louis (King George I, 1714–27). The Whigs were triumphant and enjoyed power for half a century. Queen Anne died on August 1, 1714, in London. She had no surviving children.