Boris Godunov was born in about 1551 and was one of the transitional figures in a nation’s history who keeps the machinery of state running in times of crisis. Godunov first came into prominence as one of the apparatchiks of Ivan IV (the Terrible), who helped that czar organize his social and administrative system. This must have also clandestinely involved operating the oprichnina, the secret state police that Ivan used to keep his realm in a state of terror. The oprichniki, as they were called, used to ride through Russia with wolves’ heads tethered to their saddles to frighten the population into submission. 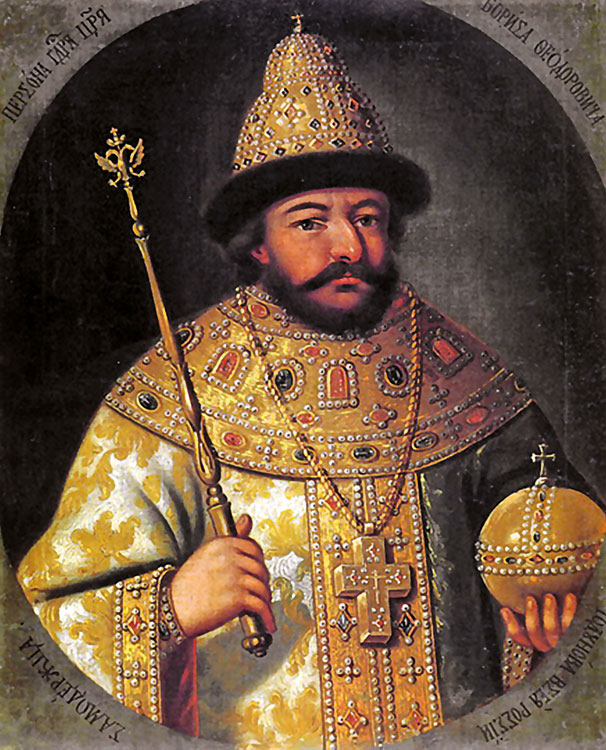 Drive to the east

Ivan IV died in 1584 at the height of his power, having carried on a long correspondence with none other than Queen Elizabeth I of England. In the year after his death, the Cossack Yermak died in Siberia, but not before starting the massive Russian drang nach osten (drive to the east) that would take the Russians to the shores of the Pacific Ocean. There they established the city of Vladivostok.
When Ivan died, his son Theodore succeeded him to the throne as Theodore I. Theodore charged Boris with leading the Russian counterattack again Kuchum, the Siberian khan who had killed Yermak. Under Boris’s firm military hand, the Russians built two fortified trading posts at Tobolsk and Tyumen to guard their new frontier in Siberia. 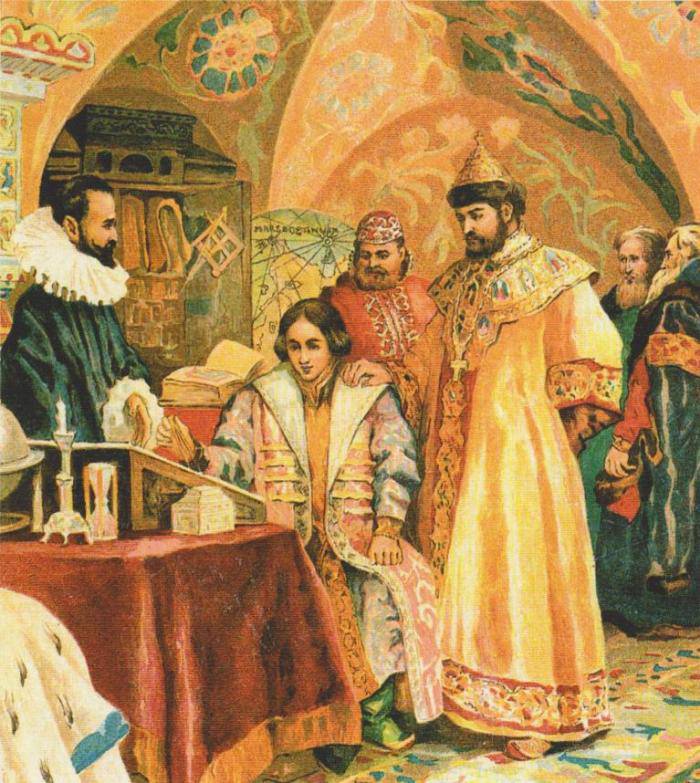 A strong man to lead Russia against the Tartars

Theodore’s younger brother, Dimitri, died in 1591, and Theodore followed him in 1598. Whatever scruples the Russians may have had in the deaths of Ivan’s two sons, they were willing to sacrifice everything on the altar of expediency. Caught between a hostile Poland and Ottoman Turkey, they needed a strong man in the Kremlin to guide the affairs of the state, and Boris seemed the most likely candidate. Any doubts about Boris’s suitability to rule had been washed away in the year of Dimitri’s death. In that year, a vast horde of 150,000 Tartars swept out of the Crimean Khanate. Khan Ghazi Gerei II was determined to destroy Russia before it could attack the Crimea. On July 4, 1591, outside Moscow Boris met the Tartars with a fraction of the Russian army. The muskets and artillery held by Boris and his commander, Prince Theodore Mstislavsky, wreaked terrible slaughter as thousands of Tartars were killed or wounded. The next day, Godunov and Mstislavsky launched a furious pursuit of the panic stricken Tartars, marking the beginning of the decline of the Crimean Khanate.

Boris became the Czar but for how long?

To the Russian people, Boris was obviously the man to lead them, and he was raised to be czar by
the Russian Great Assembly in February 1598. Constantly insecure on his throne, Boris feared one family among the boyars—the Romanovs. Ivan IV’s first wife, Anastasia, had been a member of the Romanov family and had been the wife of Theodore I. With the death of Theodore I, the Riurik dynasty became extinct, and the Romanovs had an excellent claim on the throne. In June 1601, Boris moved against the Romanovs, taking their lands and banishing them from Moscow. He continued efforts to modernize the medieval Grand Duchy of Muscovy into the Russian empire. The Russian Orthodox Church was formally organized, and Boris continued a policy of peace in the west.

In 1604, Boris faced a new danger. A challenger to the throne, known as the False Dimitri, appeared, supported by the Poles, who were determined to weaken the growing Russian state. Dmitri claimed to be the son of Ivan come back to claim his father’s throne. People rallied to him. The Cossacks, always looking for an opportunity for a good fight and loot, joined his cause. In spring 1604, Boris’s brother and minister of the interior, Simeon, led a force against the Cossacks. However, he was defeated by them and sent back with the message that the Cossacks would soon enough arrive with the real czar—Dimitri. In November 1604, Dimitri committed a grave tactical mistake. Rather than pressing on to take Moscow, he committed his army to the prolonged siege of the city of Novgorod Seversk. The commander of Novgorod Seversk, Peter Basamov, managed to defeat all attempts to take the town. On January 20, 1605, battle erupted. None could make headway against the closely mustered musketeers and artillery of Boris’s army. However, in a major tactical blunder, the leaders of Boris’s relief army squandered their victory. Rather than pursue the enemy into the steppes, they instead decided on punishing the cities that had sworn allegiance to the false czar. 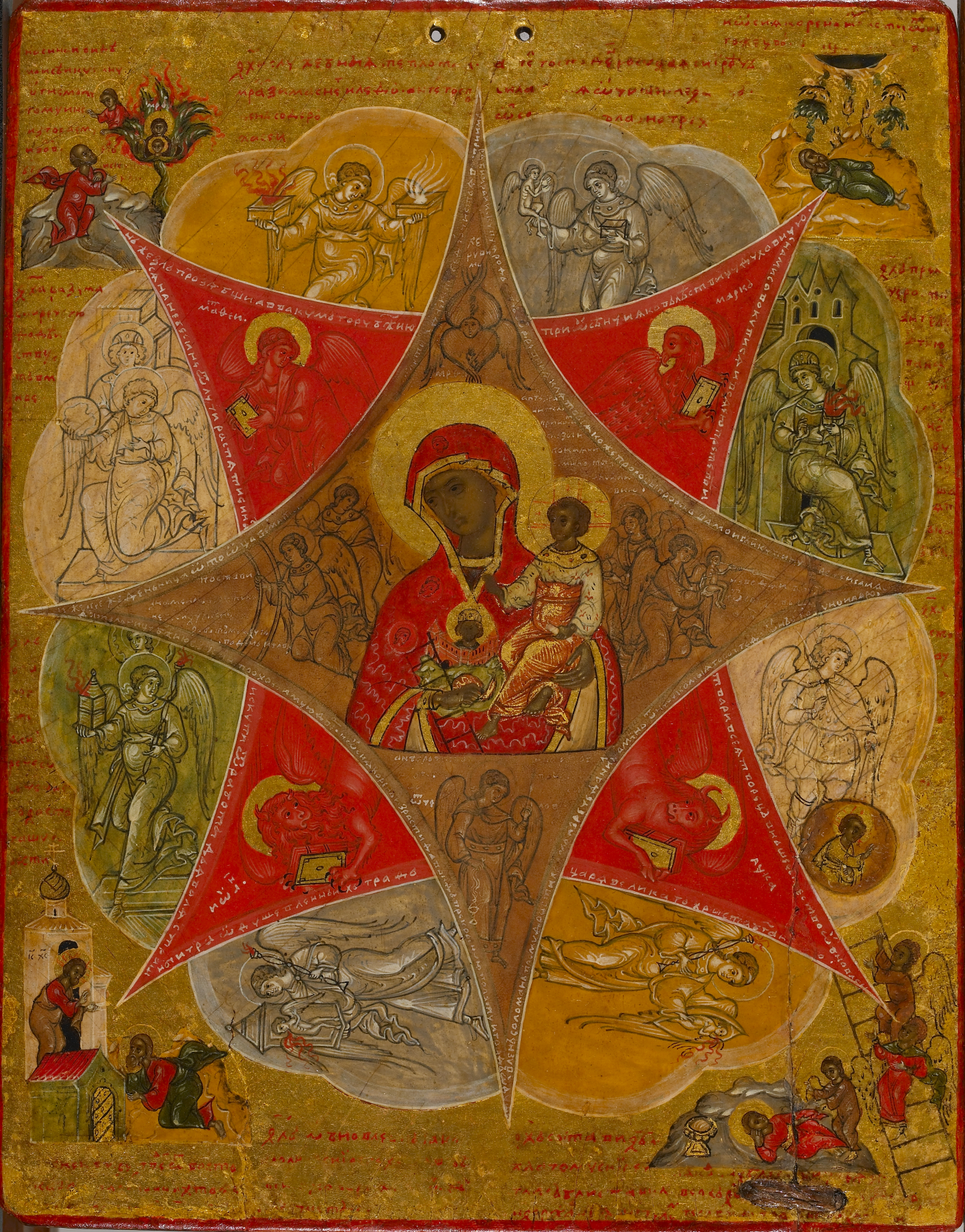 Suddenly in April 1605, Czar Boris died; many suspected he had been poisoned. In May 1605, Peter
Basamov, the defender of Novgorod Seversk, swore allegiance to Dimitri. With Peter’s support, Dimitri entered Moscow in triumph. Both Dimitri and Basamov would be killed. Foreign invasion and internal dissent continued to tear apart the Russian state.