William Rufus or William the Red

William II (Rufus), a passionate, greedy ruffian, second son of the Conqueror, designated by his father on his deathbed (Robert, the eldest, received Normandy; Henry, cash). A Norman revolt (1088) was put down, largely with English aid, and William was firmly settled on the throne. Justice was venal and expensive, the administration cruel and unpopular, taxation heavy, the Church exploited. On Lanfranc’s death (1089), William kept the revenues of the see of Canterbury without appointing a successor until he thought himself dying, when he named (1093) Anselm (an Italian, abbot of Bec, a most learned man, and a devoted churchman), who clashed with William over the recognition of rival popes; Anselm maintained church law to be above civil law and went into voluntary exile (1097). William, deeply hated, was assassinated in the New Forest. 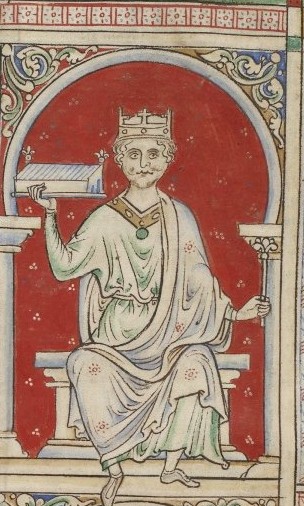 Henry I (Beauclerc, Lion of Justice), an educated, licentious, prudent ruler, a good judge of men, won the crown by a dash to the royal treasury at Winchester and a quick appeal to the barons by his so-called Coronation Charter, a promise of reform by a return to the good ways of the Conqueror (a promise often broken). Anarchy in Normandy under Robert’s slack rule, an invitation from the revolting Norman barons, and the victory of Tinchebray (1106) gave Henry Normandy (Robert remained a prisoner until his death). Anselm, faithful to the reforming program of the revived papacy, on his recall from exile refused homage for the archiepiscopal estates (i.e., he refused to recognize lay investiture) and refused to consecrate the bishops who had rendered such homage. Henry temporized until firmly on the throne, then seized the fiefs and exiled Anselm. Adela, Henry’s sister, suggested the Compromise of 1107, which terminated the struggle by establishing clerical homage for fiefs held of the king, while the king allowed clerical investiture with the spiritual symbols. The crown continued to designate candidates for the great prelacies.

This reign was marked by a notable expansion, specialization, and differentiation of function in the royal administration (e.g., the exchequer, influenced by accounting methods from Lorraine, or Laon). Extension of the jurisdiction of royal courts: growing use of royal writs, detailing of members of the small council as judges on circuit (hitherto a sporadic, now a regular practice), who not merely did justice but took over increasingly the business formerly done by the sheriffs (e.g., assessment and negotiation of aids and other levies), and brought the curia regis into closer contact with shire and hundred courts. Prosperity was general, and trade in London attracted Norman immigrants. The Cistercians arrived (1128) and began an extensive program of sheep farming, mill and road building, agricultural improvement, and stock breeding. Henry began the sale of charters to towns on royal domain. 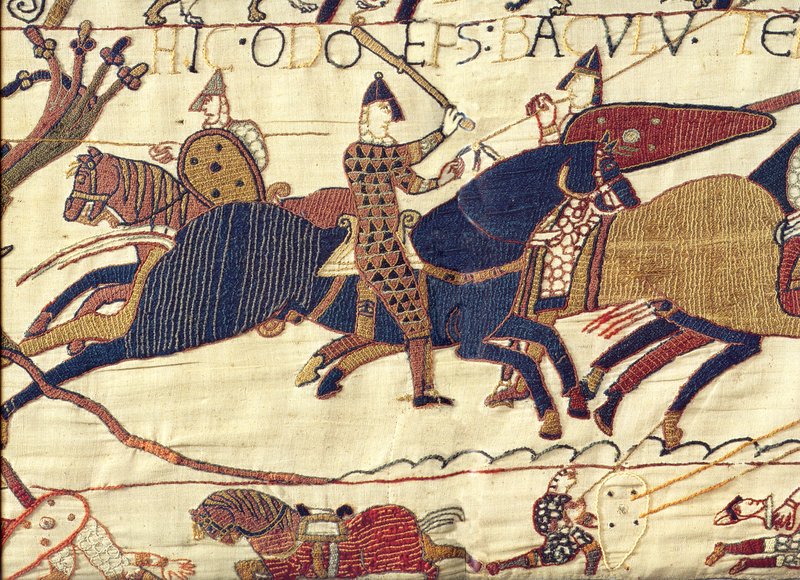 Influence of the conquest on English culture

In architecture: wide introduction of the Norman (Romanesque) style (St. John’s Chapel in the Tower of London, end of the 11th century; Durham Cathedral, c. 1096–1133). In literature: Anglo-Saxon, the speech of the conquered, almost ceased to have a literary history, rapidly lost its formality of inflections and terminations, and became flexible and simple, if inelegant. Norman French, the tongue of the court, the aristocracy, the schools, the lawyers and judges, drew its inspiration from the Continent until the loss of Normandy (1204). The Normans then began to learn English, and Anglo-Saxon was enriched with a second vocabulary of Norman words, ideas, and refinements.

In historical writing: Geoffrey of Monmouth, History of the Kings of Britain (written in Latin, before 1147), created the tale of Arthur for Europe; Walter Map (c. 1140–c. 1200), author of Goliardic verse, welded the Grail story into the Arthurian cycle, giving it a moral and religious slant; Wace (c. 1124–c. 1174), Roman de Brut and Roman de Rou; Marie de France; all three were at the court of Henry II. In science: Adelard of Bath, a student of Arabic science, in the service of Henry II, observed and experimented (e.g., studying the comparative speed of sound and light), translated Al-Khwarizmi’s astronomical tables into Latin (1126) and introduced Al-Khwarizmi’s trigonometric tables to the West; Robert of Chester translated Al-Khwarizmi’s algebra into Latin (1145); Alexander Neckham (1157–1217), encyclopedist, wrote on botany and on the magnet. In philosophy: John of Salisbury
(d. 1180), pupil of Abelard, the best classical, humanistic scholar of his day, attached to the court of Henry II and later bishop of Chartres, wrote the Policraticus. Beginnings of Oxford University (c. 1167) on the model of Paris, a center of national culture.

The end of the Dynesty of Norman Kings of England

Stephen. Henry’s son drowned on the White Ship (1120), and Henry had had his daughter Matilda (widow of the emperor Henry V) accepted as his heir and married to Geoffrey of Anjou, as protector. Stephen of Blois (son of Henry’s sister Adela) asserted and maintained his claim to the throne at the price of a dynastic war (till 1153) with Matilda, the climax of feudal anarchy, and the ruin of English prosperity. Archbishop Theobald finally negotiated a compromise (1153) whereby Matilda’s son Henry should succeed to the crown on Stephen’s death. The reign was remarkable for a tremendous growth of ecclesiastical influence.