Ignatius of Loyola and the Society of Jesus (the Jesuits)

Ignatius of Loyola, founder of the Society of Jesus (the Jesuits) and author of the spiritual classic The Spiritual Exercises, holds a place among the most influential people of his time. Such a claim says a great deal about his impact, for Loyola lived in an age of many powerful and influential personalities.

A knight of Christ

Ignatius was born one year before Columbus discovered America into a noble family in the Basque country of northern Spain. The youngest of 13 children, he dreamed of making his fame and fortune as a valiant knight in the service of his king, and he pursued the swashbuckling life of a soldier until he reached the age of 30. Then, in May of 1591, he found himself heading a small garrison of Spanish troops in the fortress of Pamplona when it was attacked by a vastly superior French army. Although the city’s leaders wished to surrender without a fight, the zealous Loyola convinced them to defend their walls, and he bravely rallied his troops in battle until a French cannonball shattered his right leg. Pamplona promptly fell to the French, and Ignatius was transported by stretcher to his family’s castle at Loyola, where he endured excruciating operations aimed at repairing and straightening his leg. He nearly died under the surgeon’s knife, and his recovery process was long and slow. During his lengthy recuperation, a profound change took place in him that would totally alter the course of his life. As he lay in bed day after day, he grew extremely bored and asked for something to read. He was an avid reader of the stories of gallant knights, who performed daring deeds in the service of their lady, and he craved such books to help him pass the time. But in his family’s castle, there was only a book on the life of Jesus Christ, and another on the lives of the saints. In his desperation for something to occupy his mind, he would read from these books as he lay in bed and then daydream about knightly exploits. Yet, the more he read about Christ and the saints, the more impressed he became by their heroic virtue and goodness. His daydreams began to alternate: At times he would envision himself as a valorous knight of the king of Spain; at other times, he would dream of becoming “a knight of Christ,” and of heroically following Jesus Christ as the great saints of old had done. After a period of serious deliberation, he became utterly convinced that he must leave behind his former way of life and dedicate himself completely to the cause of Christ. 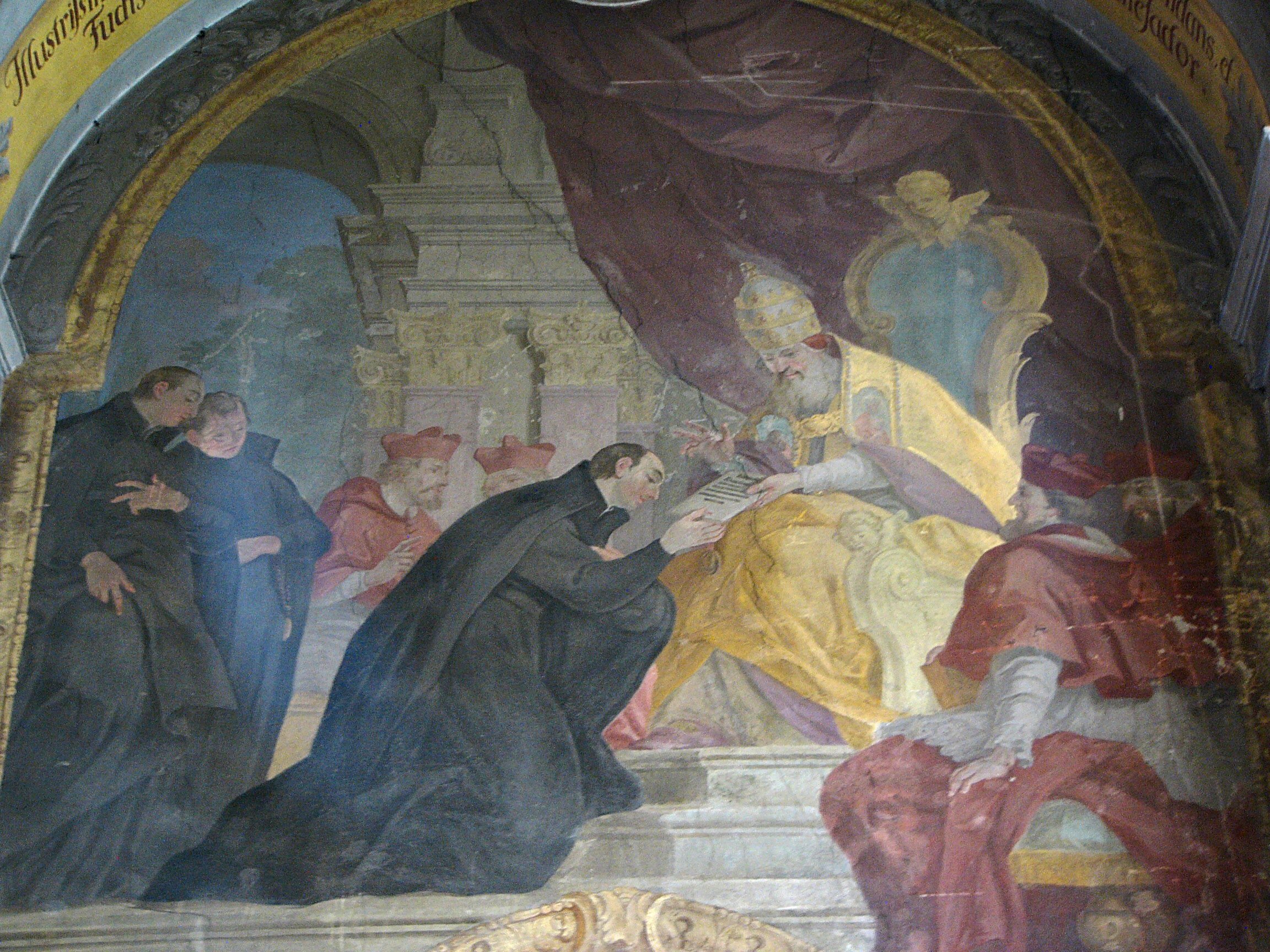 A Hermit, Pilgrim, and Student

Over the following 13 years, Ignatius investigated various ways of responding to his new calling. His early attempts were not highly successful. First, he lived for many months as a poor hermit, begging for his food and spending his days in prayer. Then he took ship and went on pilgrimage to the Holy Land, hoping to offer himself in lifelong service there. When he was denied permission to remain permanently in the Holy Land, he returned to Spain and began a long process of study, which would take him from Barcelona, to the Spanish university town of Alcalá, and ultimately to the University of Paris, where he studied theology and was ordained a Catholic priest. During his years at the University of Paris, by force of his virtuous character, his strength of personality, and his other powerful leadership qualities, he gathered around himself a group of extremely talented younger men from Spain, France, and Portugal, who were also studying for the priesthood. He led each of them through The Spiritual Exercises, his life-changing 30-day retreat, which he had by that time developed. As their numbers and their friendship grew, this impressive band of men dreamed of doing something together in the service of God.

Founding of the Jesuits

In August 1534, Ignatius of Loyola and several others joined together in Paris to make promises to remain permanently single for God (chastity) and to live in poverty, in order to place their lives as completely as possible at the service of God. Their first ambition was to sail together to the Holy Land, and to preach the Gospel of Christ in Jerusalem. When this proved impossible, they journeyed to Rome and placed themselves at the disposal of the pope, ready to serve in whatever way he should direct. The small group continued to grow, attracting many other young and gifted men who were inspired by the lives of Ignatius and his companions, and by the scope of their vision. Although numerous religious orders of men already existed in the Roman Catholic Church, Ignatius’s company was utterly new: a bold and dynamic missionary band of highly gifted men who were prepared to go anywhere in the world, and to do anything that would advance the cause of Christ. In 1540 the new order, called the Society of Jesus, was officially established by Pope Paul III. In the following year, Ignatius was elected the first superior (“general”), and he remained in that role until his death 15 years later, in 1556. Throughout these years, Ignatius remained in Rome, crafting the Constitutions of his order and directing his far-flung society through his extensive correspondence. A gifted leader of men and an able administrator, he was also revered by his men for his personal holiness and his profound life of prayer. Under his direction, the Society of Jesus became a powerful force in the Counter-Reformation, exercising enormous impact through their dominance in the field of education, through their popular preaching and their theological disputations, and through their worldwide missionary activity. The order continued to grow rapidly throughout his life, and by the time of his death numbered nearly 1,000 men. 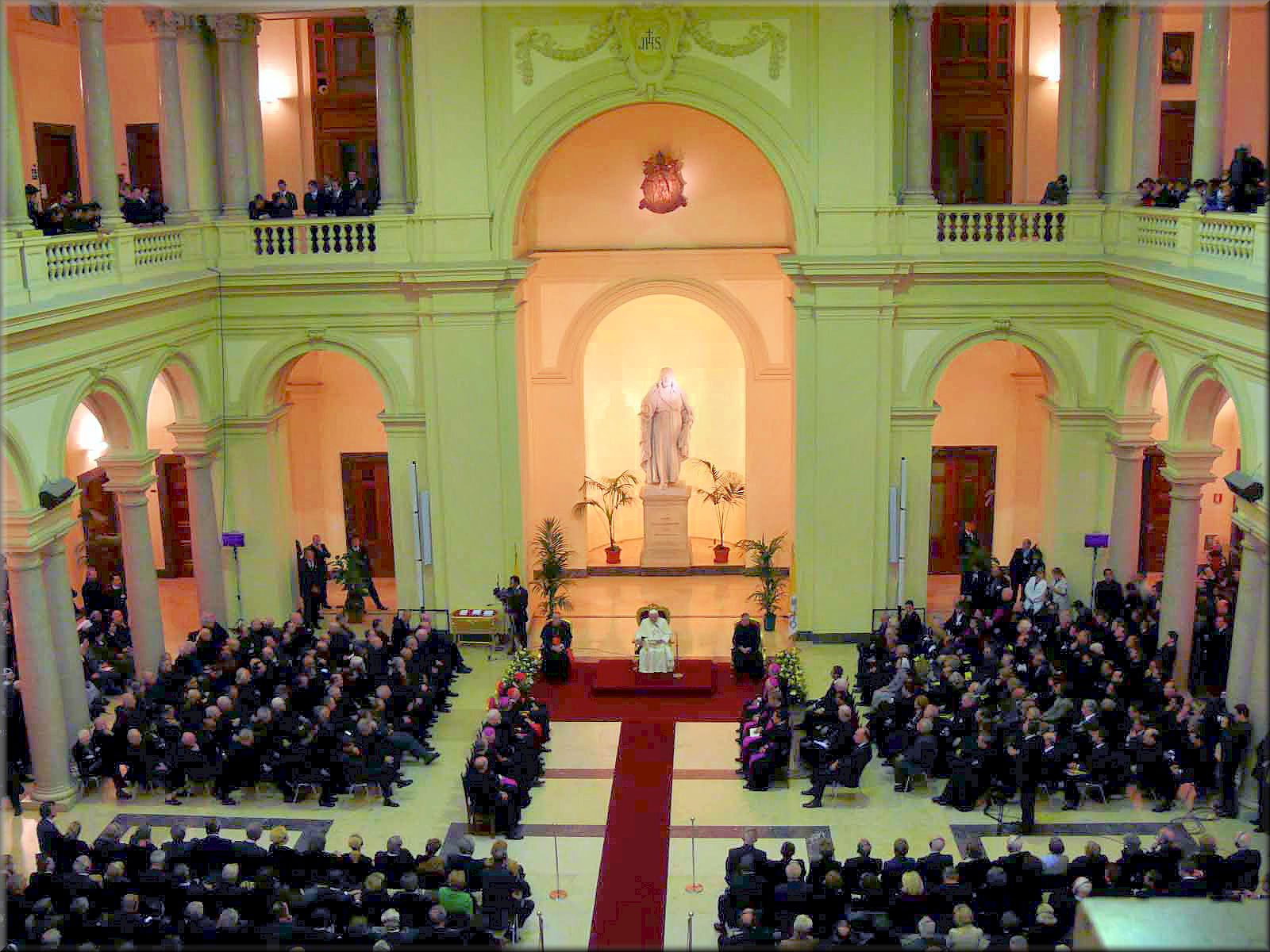 The Jesuit order exploded onto the European scene in the decades following their official establishment in 1540. Their growth in numbers was rapid, and within 25 years after Ignatius’s death, 5,000 Jesuits were at work all over the world. They played a major role in educating the youth of upper-class European society and had established nearly 150 colleges by 1580. As time went on, they enjoyed enormous popular appeal through their creative use of preaching, drama, music, extensive use of the recently invented printing press, and promotion of baroque art and architecture. In the highest echelons of society, Jesuits became confessors and counselors to many of Europe’s kings and queens and leading statesmen. Over the next 200 years, hundreds of intrepid Jesuit missionaries followed in the footsteps of the first Jesuit foreign missionary, Francis Xavier. They journeyed from Europe to many parts of North and South America, Africa, and Asia. Many of them would die on the journey itself, the hazards and hardships of sea travel at that time being so great. Many others would die a martyr’s death in the land of their mission. Jesuits were known to be outstanding in developing creative missionary methods for different cultural settings, and in respecting the indigenous cultures within which they sought to adapt the preaching of the Gospel. The work of such men as Valignano in Japan, Matteo Ricci in China, Di Nobili in India, and the Jesuit reductions in Paraguay continue to be studied today by missionaries seeking to adapt the Gospel effectively to new cultures with respect and sensitivity. All was not smooth sailing for the Society of Jesus, however. Their unprecedented success in so many of their endeavors, their massive influence at all levels of society, and serious doubts that were raised about some of their methods all contributed to making the Jesuits a storm center of controversy. Although they won many influential friends over the years, they also accumulated a long list of powerful and dedicated enemies, who considered them a dangerous force to be eliminated. Some of their implacable foes came from within the Catholic Church itself, others from among the Protestants of Europe, and many more from among Europe’s Enlightenment intellectuals and rulers. By the mid-1700s, fierce opposition to the activity and influence of the Jesuits had coalesced into strong pressure from different quarters for the complete suppression of the order. The society was first driven out of Portugal, then out of France and Spain, and finally in 1773, the pope was prevailed upon to suppress the entire order. The suppression was not lifted by Rome until 40 years later, in 1814. The restored Society of Jesus flourished in many parts of the world in the 19th and 20th centuries, including in the United States, and became especially well-known for its excellent high schools and universities. Today the Society of Jesus ranks as the largest Catholic religious order in the world, with more than 20,000 members serving in 112 nations on six of the world’s continents.