A diplomat for a Ancient Empire

Zhang Qian was the greatest explorer in ancient China, having made two long journeys in 139 and 115 b.c.e.He was also an important diplomat for the Han emperor Wu. After suffering a major defeat at the hands of the nomadic Xiongnu (Hsiung-nu), Liu Bang (Liu Pang), founder of the Han dynasty (202 b.c.e.–220 c.e.) decided to appease his formidable northern neighbors by concluding the first of many Heqin (He-ch’in)treaties with them. The terms included gifts of large quantities of silver, food, and silks to the Xiongnu and the marriage of Han princesses to the Xiongnu rulers. Han agreed to the humiliating terms because the dynasty was new and unstable and because the people were exhausted from previous wars and not ready to undertake new ones.

In 141 b.c.e. a young man, posthumously known as Han Wudi (Han Wu-ti), or the Martial Emperor,
ascended the throne. By this time the empire was stable, had grown materially, and commanded sufficient resources and manpower to support an expansionist policy. Moreover, appeasement of the Xiongnu had resulted in ever more exorbitant demands for gifts each time the Heqin Treaty was renewed and also because appeasement had not bought border peace from Xiongnu raids. A broad new strategy emerged. One part was to seek allies against the Xiongnu. Thus in 139 b.c.e. a young courtier named Zhang Qian was chosen to journey west to find the Yuezhi (Yueh-chih), a nomadic group that had suffered under Xiong nu power and had been expelled from their home in northwestern China. 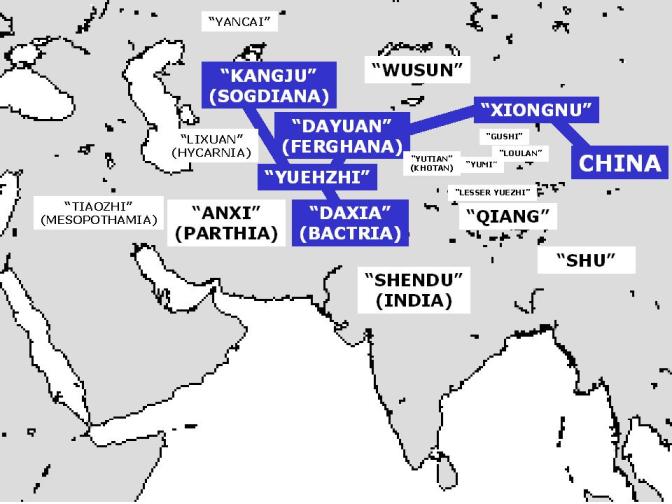 Zhang set out with 100 men. He had to cross Xiongnu territory to reach his goal and was captured. He would remain among them for 10 years, marry a Xiongnu woman, and raise a family before he could escape and resume his journey. He did finally find the Yuezhi in the borderland of modern Afghanistan and Pakistan, but they were content in their new home and refused an alliance with the Han against the Xiongnu. En route home Zhang was recaptured by the Xiongnu but finally escaped and reached home in 126 b.c.e. with only one of his original entourage. Meantime, Emperor Wu
had begun massive many-pronged campaigns against the Xiongnu in 133 b.c.e. Though Zhang failed in his primary mission, his reports of the lands, resources, and people of Central Asia and of the availability of Chinese silks in India, possibly via trade routes across southwestern China, piqued Emperor Wu’s interest to expand in both directions. 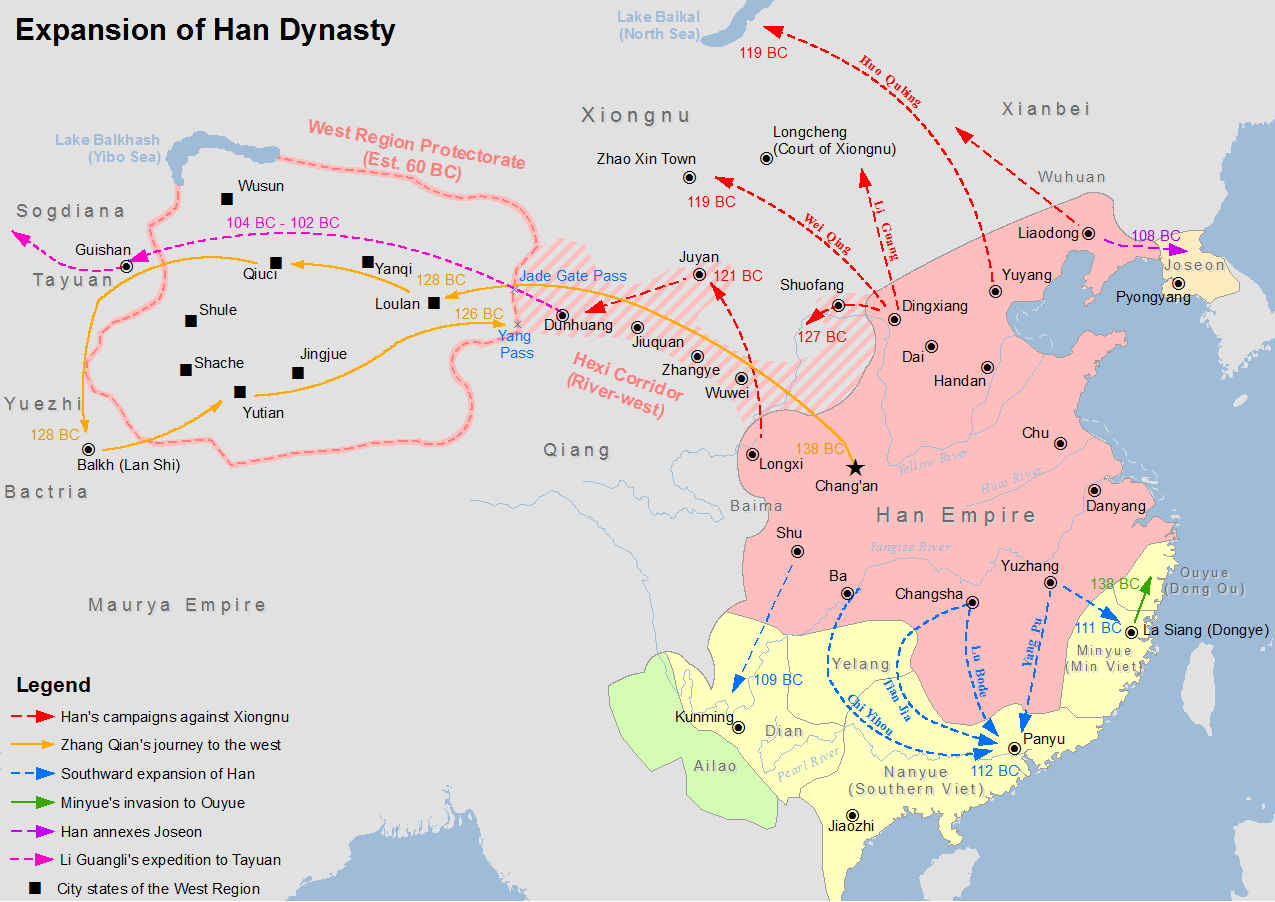 Campaigns under Wudi’s generals brought vast regions under Chinese rule. They included southwestern China, northern Vietnam, and much of Korea. China also established a tributary system in Central Asia (called Western Regions by the Chinese) whereby local rulers retained their authority but submitted to the supervision of Chinese protector-generals (similar to Roman proconsuls), rendered tribute, and left sons to be educated in China and as hostages at the Chinese court. In 115 b.c.e. Zhang was sent as envoy to Wusun (Wu-sun) and established relations with that nomadic state northwest of the Xiongnu (a Han princess was married to the Wusun ruler) and further west with such Central Asian states as Ferghana, Bactria, Sogdiana, and Khotan. Zhang
Qian was important because his missions and reports stimulated Chinese military, diplomatic, and commercial expansion into vast new realms. 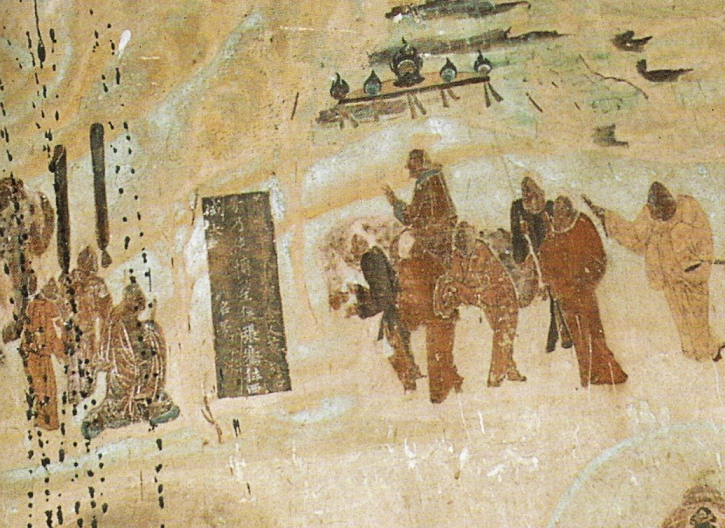