During the Medieval Ages, there was a substantial amount of criminals. This was due to the impunity surrounding criminals which gave them the freedom to commit crimes.

Medieval crime became very common as most burglars were not educated. In many cases, people had no other option but to steal to survive.

Moreover, the economy was extremely unstable. Raids or natural disasters for example would have a direct impact and tip the economy.

In some cases, people find themselves committing crimes inevitably to feed their families and survive. Therefore, you could either go into debt or become a criminal.

Punishments During the Middle Ages

There were many methods to punish and torture criminals during the Middle Ages.

Even petty crimes such as stealing something as simple as bread qualified for a punishment.

There were different kinds of punishments for every medieval crime.

Strangely enough, burglars were rarely killed as punishment. They would mostly face public humiliation and torture.

Unfaithful wives were considered criminals and they were treated accordingly.

Throwing criminals in prison was very common. Some prisons even had torture chambers.

A lot of Kings were obsessed with their kingdom’s crime reputation and were very much devoted to seizing every man who is guilty of committing a crime.

Another heavy crime that was very frequent in medieval times was kidnapping.

The kidnapping was mostly done by invaders.

They would capture people from an adversarial territory and would enslave them in their kingdoms to work on their lands and populate their kingdom.

This crime was punished viciously, especially if the kidnapped victim was part of royalty or a noble family.

In this case, the criminal would be tortured heavily and executed in public.

The majority of kingdoms imposed heavy penalties on kidnappers.

This led to much Medieval Folklore – including the legend of Robin Hood.

Execution During The Medieval Period

It was during the time of the Inquisition when criminals were tortured the most.

Frequent methods of torturing criminals during the Inquisition would be; burning them at Stake, using the wheel of torture, using the head vice torture, and many others.

This, of course, inspired fear in the common peasants and the rate of crime was substantially decreased.

It was common for a town to come together and express their anger against a thief by hanging him in public.

When the Guillotine was introduced into medieval Europe, it quickly became a popular tool for executing criminals. 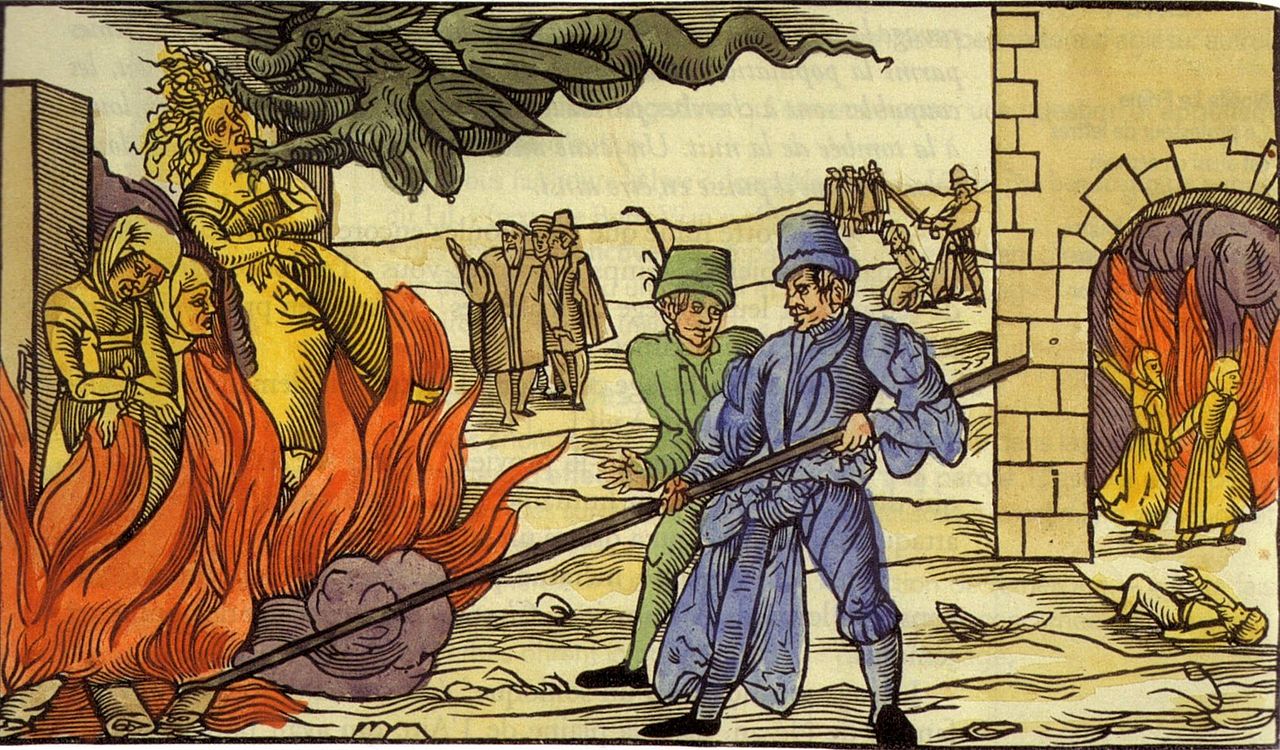 Crimes Committed by Nobles & The Church

Medieval crimes were, for the most part, performed by the poor.

Nevertheless, there are records of nobles and knights being hung for robbing.

Rape was not considered a major offense because women did not have as many rights as men.

It was a crime to marry a relative as it was strictly forbidden by the church.

For kings and high nobles, punishments was almost non-existent. They could get away with crimes such as rape and abuse.

Kings even had a right to stay in whichever house they pleased and sleep with any woman they wanted to as they were “appointed by God.”