Elizabeth of Russia – The Queen With Over 16 000 Dresses

Early years of Elizabeth of Russia

Elizabeth was a Russian princess, the daughter of Peter the Great and his second wife, Catherine I. Peter and Catherine had two children that survived, Anna and Elizabeth.

The two daughters both had claims to the throne.

Elizabeth had a fine education and was naturally brilliant, but not many resources were spent on her because nobody thought that a woman not of pure noble birth would inherit the throne.

Elizabeth of Russia was considered a beautiful woman, there are a lot of compliments regarding her.

She would later have the most exquisite gatherings and would have a wardrobe of 16,000 dresses.

She would wear up to 6 different dresses each day and never wore the same dress twice.

She loved the luxurious lifestyle and people were invited from all over to come for her gatherings.

After Elizabeth got married, her parents suddenly died. 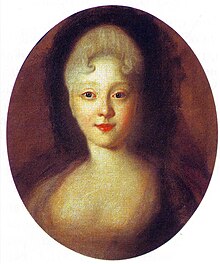 Note that this wasn’t the sister of Elizabeth, it was their cousin.

There was a natural rivalry between them.

Elizabeth had a lot of lovers which made Empress Anna quite upset.

During the reign of Anna, Elizabeth was plotting and gathering support.

She knew that Anna would pass away, and when she did Elizabeth wanted to be ready.

While Anna died the next ruler was Ivan VI, her son even though he was an infant.

A regency was made but this couldn’t stop what Elizabeth started.

It was a bad year for the Russian state and the plotting of Elizabeth made it really easy to grab the throne.

She had the right people that made this possible, she gained power and took the throne without causing bloodshed.

Elizabeth also made a promise that her reign would never see an execution and this promise was hard but she kept it throughout.

When she got to the throne she was thirty-three years old and had no experience in ruling a country.

The Russian state was hard to keep stable.

First Elizabeth exiled the German advisers that were in the court.

She was crowned on 25 April 1742 in Dormition Cathedral.

The senate a creation by Peter was abolished before and now she reconstituted it.

The first act she did was to stop the war with Sweden.

A peace treaty was signed in 1743 and she gave some territories to Sweden.

A key player here was Bestuzhev, he was her advisor and had a huge benefit in stabilizing the country. He made some big changes that made this possible, but I will not get into detail here about that.

Elizabeth played a key role in the big events of this war.

This war was fought between two alliances, on one side we have Great Britain and Prussia, on the other were France, HRE, Russia.

I’m not gonna get much into detail here but Fredrick the Great from Prussia was going to lose the war.

Russian forces were in the territory of Fredrick the Great and a couple of days were needed until Prussia fell, but by a miracle the Russian queen died from her illness and the throne was ascended by her heir called Peter III.

This was pure luck regarding the ruler of Prussia.