Charlemagne or Charles the Great, is regarded as the father of Europe and of the French and German monarchies. In the short span of ruling as a king of Franks, Lombards, later emperor of the Holy Roman Empire for 14 years, he had managed to unite Western Europe to oppose the Muslim raids, pillages, rapes and marauding in southern France and bring upon the much needed support of the future Spanish monarchy for driving the Muslims out of the Iberian Peninsula. He had singlehandedly crushed the Muslims in the south of France forcing them to fear the mere sight of the axe held high above in the midst of the carnage of battle, chopping endlessly at his opponents. He had died depressed and since most of the plans he had made in his lifetime were never truly realized, suffering an inflammation of the lungs, he had died peacefully on a cold morning in January 814.

The Moors called Rodrigo Diaz de Vivar El Cid, which meant The Lord. Born into minor nobility, he was raised in the court of King Ferdinand the Great. His martial prowess was noticed in fighting under Sancho II of Leon and Castile against his brothers. But his legend was forged fighting against the Muslims of Al-Andalus. Undefeated, and a maelstrom of never ending sword swings and thrusts, he would become the walking nightmare of the Muslim world, so much so that the mere sight of his banner flapping about in the wind, would cause entire armies to rout and flee for dear life! Sadly he had died an inglorious death in 1099 of starvation by the siege of his town of Valencia by the Almoravid Berbers whom he had inflicted the biggest defeat upon the battlefield at their first battle.

William Marshal 1st Earl of Pembroke (1146/7 – 1219), commonly called The Marshal is perhaps the most well documented jouster, swordsman and duelist of the Middle Ages. Serving under no less than five kings in his lifetime, he had also joined on the Crusade for reclaiming the Holy Land. His prowess in European martial arts was legendary enough to impress Henry II, The Lionheart, Eleanor of Aquitaine and John Lockland. On his deathbed he had recalled besting the modest number of 500 knights! As a member of the holy order of Knights Templar, he was buried in the Temple Church in London where his tomb can still be seen. 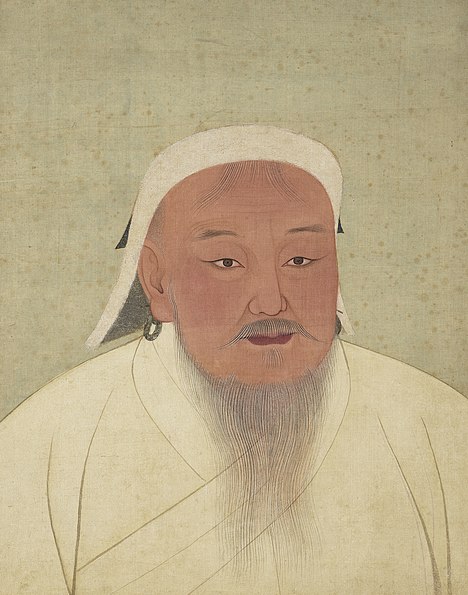 Genghis Khan, born Temujin is perhaps one of history’s well known legends, unifying the tribes of the steppes. He had made the world’s second largest empire, namely, the Mongol Empire. Born into nobility and grasping a blood clot as a newborn, he was according to beliefs destined for greatness. His nobility had managed to help him uniting the Mongol and Tatar tribes paving the path of his future conquest of the world with no dispute at home. Fearless and with the blessing of Tengri, he would bring entire Asia excluding Japan under his rule, the northern part of India, the Middle East and had also started to pierce Europe. Yet even though history often describes his rule as brutal and genocidal, he was tolerant of religion, even being the one which spread Buddhism becoming the biggest religion. His prowess with the sword and deadly accuracy credited to the horse archers of the nomads would earn him the rightful pinnacle, since all those who wanted to be soldiers under his rule, could give it a go. His death is shrouded in mystery and as such he is theorized to have died in battle against West Xia, dying from injuries sustained in battle, hunting, falling off his horse or simply a disease, he died 1227 and as per tradition, had his body buried near his birthplace and unmarked.

William Wallace. The man, the myth the legend, the scourge of the English nobility, this Scot was infamous for his enemies, a saint for his people. Wielding a two handed longsword, he had led his highlander army against the English oppressors during the rebellions caused by the infringement on Scottish territory. First known after carrying out the assassination of William de Heselrig, sheriff of Lanark, he had later joined most of the noble’s armies that had started the war against the English, and even continued afterwards his war against them after the submission of the nobles toward the English. Well regarded for his martial prowess, he was described as a giant of a man, towering even his countrymen, who were regarded by the English as being the tallest on the Isles. He was famous for the battle at Stirling Bridge, in which he had managed to defeat the significantly bigger army of the English by using the narrowness of the bridge, which would only allow for three men walking in horizontal lines. He had died by being captured after the second Scottish-English war, was then hanged, drawn and quartered in London 1305 wearing a crown made of oak, signifying the king of outlaws.