The History of Buddhist Councils

After the death of Gautama Buddha (483 b.c.e.), monks and scholars concerned with practicing the lessons he taught met several times at formal councils at which the canon of Buddhist thought was established, the rules of monastic life were agreed, and matters of dogma and ideology were debated and confirmed. The exact number, location, and importance of the councils have been contested, but it is commonly considered that there were three early councils that were of particular importance.

The First Buddhist Council convened shortly after the death of the Buddha. The council was attended by 500 barahants, who had already achieved nirvana, the path to enlightenment. The council wished to itemize and systematize the teachings of the Buddha and was held at Rajagha, in the modern Indian state of Bihar. Of those present one of the most prominent was Ananda, who
had attended the Buddha as companion and assistant for three decades. It is believed that since the monks concerned were consistent practitioners of yogic disciplines, their memories were enhanced and, thus, their ability to recall lengthy speeches and lessons with some accuracy. Ananda, for example, is said to have recited not only every word he heard from the Buddha but also the location and circumstances under which each was uttered. Others who had also been present then confirmed Ananda’s responses, where possible. The main achievements of the first council were the assembly of the aphoristic sutras under the supervision of Ananda and the collection of the vinayas, the rules to be followed by the sangha, or monkhood, under the elder Upali. At the first council, the Tripitaka was established and continues to be used today. The three Pitakas, or baskets, were separate receptacles in which the Buddha’s teachings were categorized into discourse, discipline, and expressions of higher knowledge. 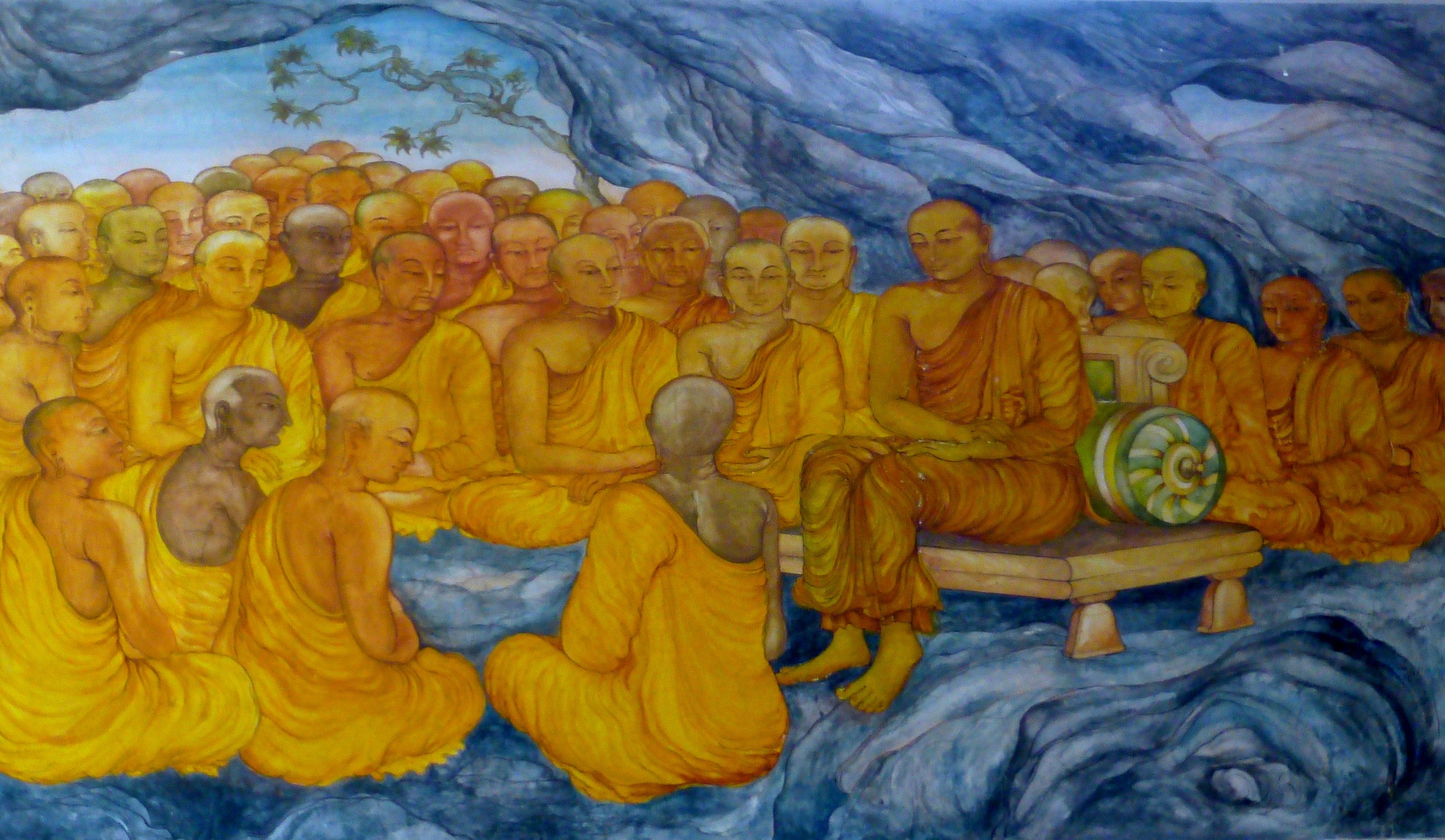 The Second Buddhist Council was held approximately 100 years after the death of the Buddha. It was held at Vaisali, also in the modern Indian state of Bihar. It was convened to settle the conflict that had arisen out of an ideological difference among the sangha. This difference was not resolved and resulted in the creation of the two major schools of Buddhist thought, the Mahayana and the Theravada. Controversy is thought to have arisen over the 10 rules (vinayas) monks were obliged to follow. These included whether it was acceptable to drink sour milk after the midday meal, using a rug of an inappropriate size, accepting gold and silver as alms, and the storage of salt. The debate centered on two interpretations of the vinayas, one of which was much stricter than the other.

It is said that the Vaisali monks were practicing a more relaxed regime of vinayas than the remainder of the sangha, and after debate their lifestyle was ruled unlawful. In return, the Vaisali faction created its own school. This explanation ignores the issues of dogma that must have underpinned this conflict and the division between Theravada and Mahayana forms of Buddhism
has little to do with the regimen to be followed by their practitioners. The Chinese version of the original Sanskrit report created by the Mahasanghika school, which later became the Mahayana Buddhist tradition, records that the debate concerned the nature of the arahant and the relationship with the physical universe. There is little agreement as to the exact nature of the
debates that took place. However, it is clear that after the second council, Buddhists divided into a number of different sects, and unity among them was no longer possible because there was no agreement on Buddha’s teachings, nor of the order in which they were to be recited.

The Third Buddhist Council was held under the auspices of the great Buddhist patron King Ashoka (Asoka) at Pataliputra, which is the modern-day Patna in India, in or around 247 b.c.e. The purpose of the council convened under Ashoka’s direction was to resolve the differences between the numerous Buddhist sects that had fl ourished since the second council. The council resulted in the creation of the Kathavatthu, which has become the fifth book of the Abhidhamma Pitaka. A version of the Buddha’s teaching, royally approved as the Vibhajjavada, was declared to be appropriate for the monks to learn and to recite once they sought out converts. This doctrine followed the Theravadin school of thought. The sending out of monk evangelists under Ashoka was of considerable importance in the dissemination of the religion. The councils represented the attempt to resolve different interpretations of dogma through discussion rather than violence, and in this, they were largely successful. By causing the assembled monks to recite the canon they held in common in unison, they focused on what united the sangha rather than what set them apart.