Mehmed II Fatih (the Conqueror) is born March 30 1432 in Adrianople as the fourth son of Murad II. Little is known for his mother. In latter times she is referred as Huma Hatan and was probably a slave. At the age of 12 he was sent to Manisa (Magnesia) with his two tutors. Mehmed was not the favorite child of his father, since he was restless and difficult to educate. But after his brother was strangled in 1444, Mehmed became the heir and was summoned to Edirne. In the years before Mehmed was send to Edirne, Murad II suffered few defeats on the Balkans. In 1443 he lost Nis and Sofia and in 1444 he was defeated at Jalowaz. After signing a treaty on 12 June 1444 in Edirne, he abdicated in favor of Mehmed II. The pope, the king of Hungary, the Byzantine emperor and Venice organized a crusade, trying to take advantage of the child on the Ottoman throne. Meanwhile the grand viziers (Turkish vazir) Chandarli Halil on one side and Zaganos and Sihabeddin on the other, both claimed that they were the protectors of Mehmed II. In September 1444 the crusade army crossed the Danube and laid siege on Varna. This forced Murad II to comeback from retirement and to lead the defence. Ottomans won a great victory at Varna on 10 November 1444, which put end to the crises. Mehmed II, who was in Edirne, kept his throne, and his father once again retired. Zaganos and Sihabeddin began to encourage Mehmed to capture Constantinople, but Candarli started a revolt of the Janissaries. Murad II once again came back in May 1446 and took the throne. Mehmed was send to Manisa, where he continued to consider himself a legal sultan. In 1448 Mehmed experienced his first battle against the Hungarians. 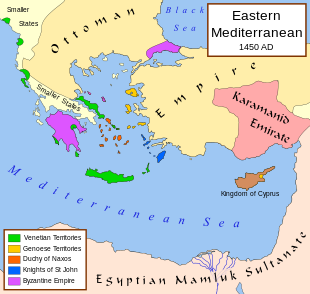 The conquest of Constantinople

After the death of his father in 1451, Mehmed took the throne for the second time. The previous encouragement by Zaganos and Sihabeddinto take Constantinople had a big influence on him. However, Europe and Byzantine were not concerned about his plan, since they still remembered his former reign. Mehmed started preparing for the conquest of the city, first by signing a treaty with Venice and Hungary in their favor, so as to keep them neutral. Most of the year 1452, he spent in building the fortress Bogazkesen, later known as Rumeli Hisar. Like this, he was able to control the Bosporus, and build a fleet of 31 galleys. On April 6 1453, he started the siege. The last Byzantine emperor Constantine XI Paleologus refused to surrender, so Mehmed, with the help of a huge cannon, opened the city walls and stormed the city, which was looted for three days. This conquest brought him the name the Conqueror. After the looting ended, the restoration of the city began. He deported Muslim and Christian groups in Anatolia and the Balkans, and forced them to live in Constantinople. He restored the Patriarchate on 6 January 1454 and gave back the houses to the Greeks that fled doing the siege in order to encourage them to return and guaranteed their safety. The Hagia Sophia was converted into a mosque, and encouraged his viziers to found Muslim institutions and commercial installations in the main district of the city. The ancient walls of the city were repaired and he build a palace for himself. 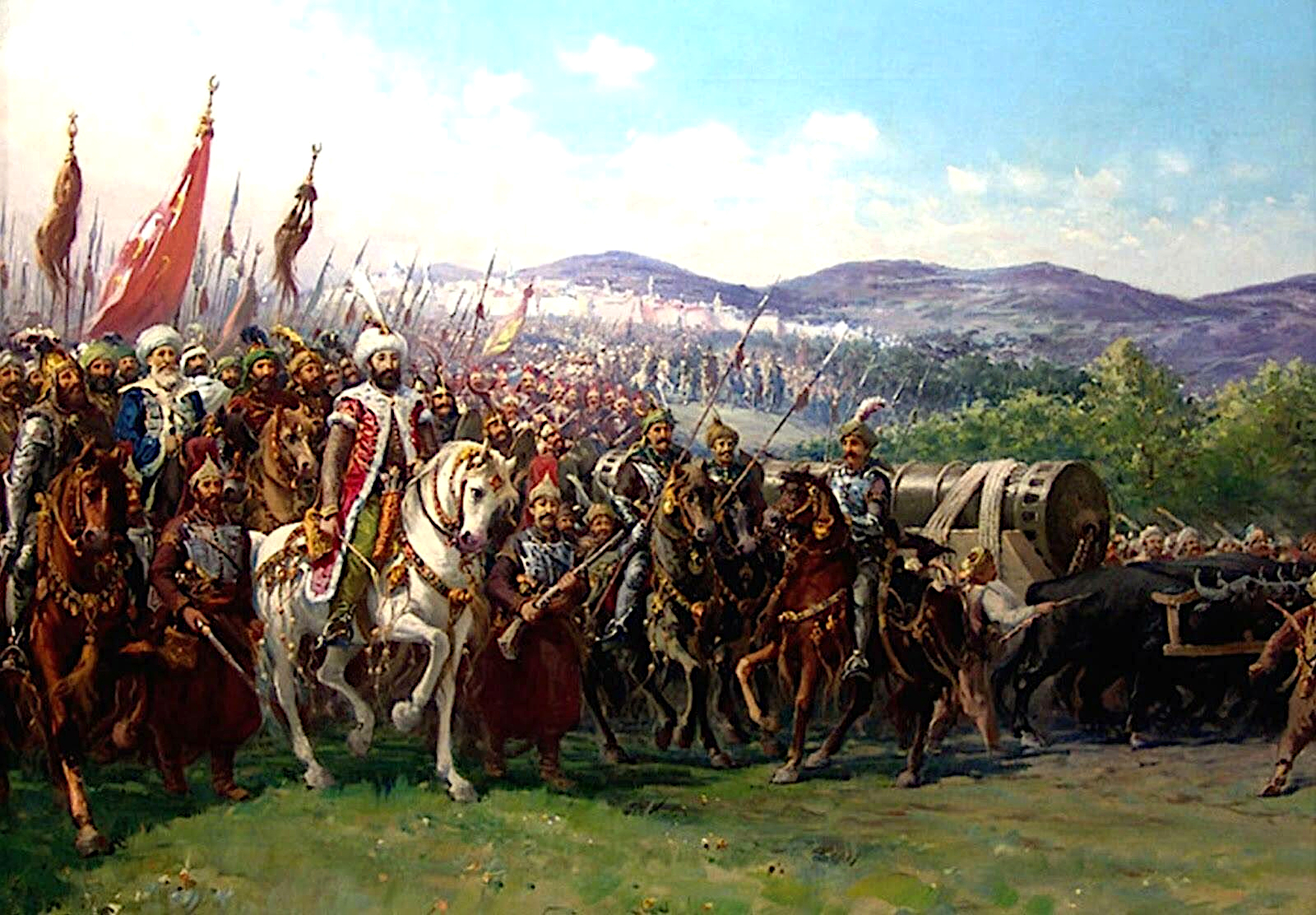 Mehmed II was forced to modify the system of the government. He implemented new administrative and cultural institutions, which he had inherited from the conquered lands. The new system of government was codified in his Book of Laws, which defined the character of the Ottoman Empire under the influence of the Islam, the Turks and Byzantine.

Mehmed II took the title Kayser-i Rum (Roman Caesar) and described himself as “the lord of the two lands (Anatolia and the Balkans) and the two seas (the Aegean and the Black Sea). He was still passionate to pursuit further conquest of the non-Muslim land. This territory was part of the Dar al-Harb, or war territory. In 1454 he took a campaign against Serbia and Hungary, forcing an annual tribute from Moldavia. In June 1456 he sieged Belgrade, but was wounded and the Ottomans were forced to retreat. In 1458 he entered Athens, and in 1459 he took Smederevo. In 1462 he crushed the Walachian resistance, and one year later he targeted Bosnia.
In 1468 he conquered the land of Karaman in southeastern Anatolia, but Prince Uzan Hassan of the House of Karaman, was still a threat. In 1472, Hasan raided the city of Tokat. In 1473 Mehmed II achieved a great victory against Hasan.

In 1479 a peace was signed with Venice and was forced to pay an annual tribute to the sultan. The next year he invaded Otranto in the south of Italy, killing all the male inhabitants.

In his last days he was preparing for another campaign in Anatolia, but was again tortured by the gout disease, which he had suffered from for quite some time. He died few days later in 1481. There was some suspicion that he was poisoned but it was never proven. He died unsatisfied in his goal to make a world empire. He was succeeded by his son Bayezid.