Maria Theresa, The Last Emperor From the Habsburg House – The Biggest Family in the World

Her Early Life of Maria Theresa

Maria Theresa was born on the 13th May 1717 and died in 1780. She was the only female ruler from the Habsburg dominion and the last ruler to come from the Habsbrug dynasty.

Maria held the following titles: Austria, Hungary, Croatia, Bohemia, Transylvania, Mantua, Milan, Lodomeria and Galicia, the Austrian Netherlands and Parma. Plus by marriage, she was Duchess of Lorraine, Grand Duchess of Tuscany and Holy Roman Empress.

Her father was the Holy Roman Emperor Charles VI and mother Elisabeth Christine. In the meantime, the son and heir to the titles of Charles died, and currently, there were no male heirs to the house of Habsburg, leading Charles to be depressed and constantly striving for a son to be born.

Everyone was disappointed with the current state on the crown having no male heir. This situation would later cause heavy problems for the Emperor crown and a war would start. A couple of years later another child was born, the sister of Maria called Maria Anna and yet again another sister Maria Amalia.

Maria Theresa grew to be a spectacular child, enjoying various exercises and being good in them.

She knew how to paint, sing, handle a bow and arrow, speak Latin, etc. The reason for this was – Charles always wanted a son but there was a chance he would never get one, so he was preparing her to succeed him.

As always the Habsburgs had very advanced political marriages and Maria was no different. She was married to Francis I, Holy Roman Emperor and together they established a new dynasty line called Habsburg-Lorraine. Even though he was Emperor, she always had the upper hand and control.

The death of her father, Charles was on 20 October 1740 and by sources, he was probably poisoned by mushrooms. The state of Austria as he left it was really weak, it was bankrupt, it had two wars with the Polish and Turks, and had weak advisers.

Maria Theresa was in a bad situation, as the Holy Roman Empire couldn’t have a female ruler as a result of the treaty that was signed with the empire of Charlemagne the Great. The ready said that a woman couldn’t inherit the throne in either of the three kingdoms. 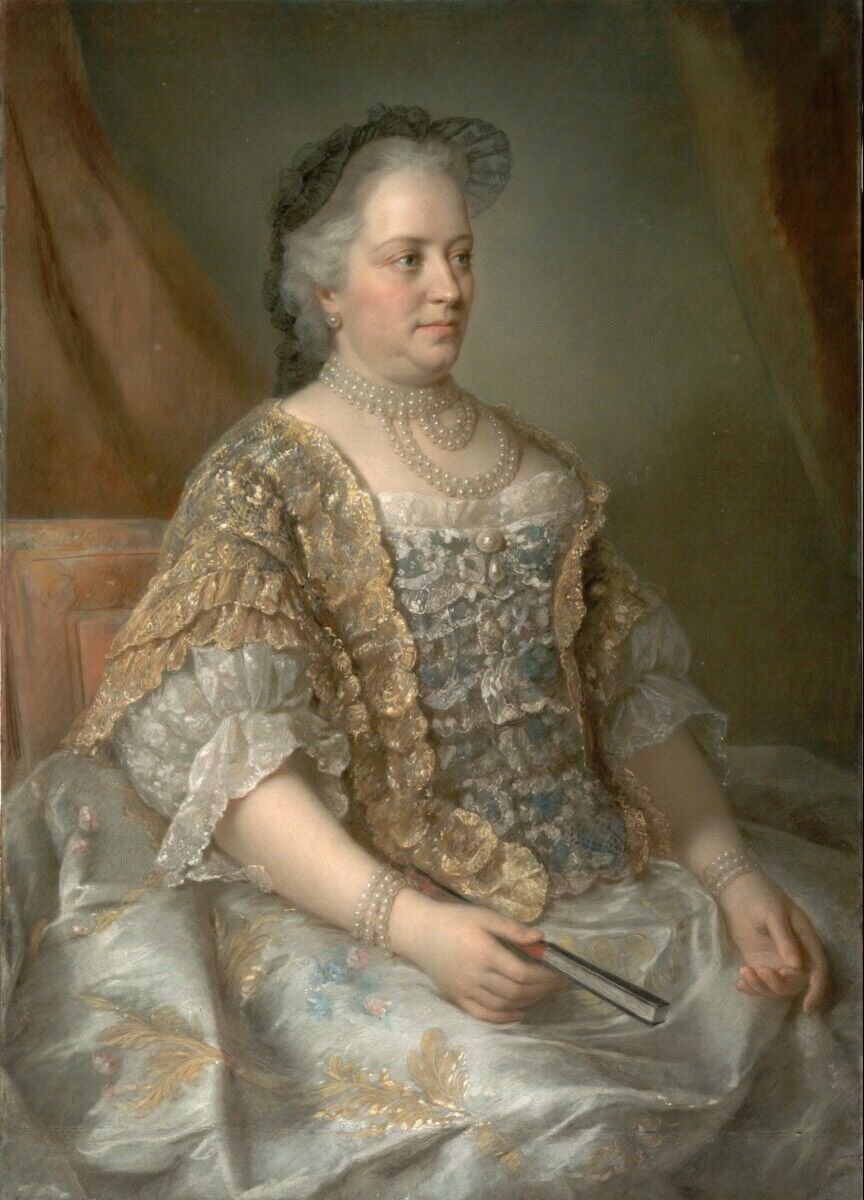 The War of the Austrian Succession

When she took the throne many kingdoms started to push that she didn’t have the rightful claim to the throne and it broke the edict made thousand years ago.

The first one to act was King Fredrick II of Prussia, he invaded her territories and made one of his blitzkrieg wars. This province that Fredrick invaded had very importance to the Austrian Kingdom and a war broke out.

Austria started to lose the war against Fredrick the great. Calling help from France, France sent help for the war. But they were betrayed and their forces were crushed. Austria was in a panic and the queen wanted to negotiate. While this was happening she took her crown over the kingdom of Hungary in 1741.

Another one of Maria’s Allies turned, the Elector of Saxony and Brunswick-Luneburg. She was desperate and requested help from Hungary which she played nicely having the support form the advisors there.

Another player got into the game, Charles Albert. He captured Prague and had the title King of Bohemia, and was later crowned the Holy Roman emperor in 1742. But this didn’t last long, when Maria sent troops to capture his capital, Munich.

The treaty of Breslau in 1742 between Austria and Prussia was signed, the victors here were the Prussians, getting the richest territories from the Austrian crown.

Charles Albert died in 1745 and another Emperor was elected, Francis Stephen in 13 September 1745. The war for the succession was still in process, various battles were fought all over the territory of the Empire against French and Prussian forces. After eight years of war the treaty of Aachen was signed.

Once again Habsbrug lost a lot of power and territory.

The Seven Years’ War started in 1756 and Austria had part in it. The battle was going perfectly; France, Austrian and Russian troops were destroying the troops of Prussia and pushing onward.

But when a new ruler of Russia took over the throne things changed when he withdrew the troops from Prussia; the forces needed a few more days in order to win the war but everything was lost in a single decision.

After that Prussia had time to recover and push back. A peace was signed in Paris and again Austria lost, losing her colonies in America. This was a big blow but Maria Theresa still managed to survive and grasp the crown.

Maria was a mother of 16 children of whom only 13 survived. Later Joseph II would become Emperor and claim all of the titles. She would marry all of her children for political benefits.

Maria was a Christian, Catholic and a serious believer, she believed that the public should have religious tolerance. Towards the Jews and protestants, she didn’t make any drastic measures but always tried to somehow suppress them because they were considered dangerous for the state.

She also made some quality reforms for the country. She started with the military reforms inviting Count Friedrich of Wilhelm who would modernize the army. But in order to pay for this army more money was needed, she started taxing the nobility which was never before done.

The state doubled it’s income in only 10 years and the economy grew. In 1760 she made a council of the state with three members of high nobility and three experienced knights.

For her medicine reforms, she funded various hospitals such as the one in Vienna. Most of the hospital reforms she made could be seen today in some of the towns, she made changes to the position of graves, autopsies, and many other things.

Another civil law she made was about torture, she banned all forms of torture because it was inhumane. She also banned also witch burning.

As for education, she made it law that children from the age of 6 until 12 should attend public school, this would sharpen the whole population and advance the country.