Flavius Julius Valerius Majorian was the Roman Emperor from 457 to 461. He became Emperor after he overthrew the Emperor Avitus. Majorian tried to preserve the ancient monuments of Rome. He tried to regain the lost Roman provinces, but in 460, he was defeated in a campaign against the king of the Vandals. His former ally, Ricimer, concerned about the growing influence and power of Majorian, overthrew him and killed him. The death of Majorian was the beginning of the fall of the Western Roman Empire.

Majorian was born in a Roman family in Gaul. His mother’s name is not known to this day. His father, whose name is also unknown, was a public official in Gaul and was in charge of finances, possibly holding the post of an official engaged in accounting and tax collection. He was a friend and faithful follower of the famous military leader Aetius and had a good reputation. 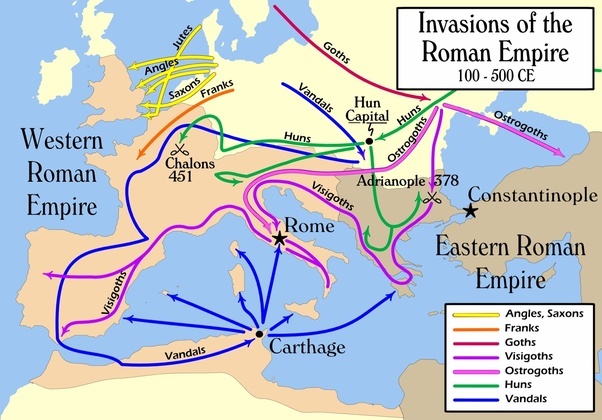 After Emperor Aetius was killed by Valentinian III in 454, in order to unite the numerous troops who lost their commander, there were calls for Majorian to take command over them. What kind of post he received is unknown.

After the overthrow of Valentinian III in 455, Majorian was regarded as one of the most probable successors to the Emperor, given the fact that the widowed Empress Licinius Eudoxia favored him. Another well-known contender was Maximian, the son of the Egyptian merchant Domnin, who had a successful career in Italy.

Petronius Maximus, the organizer of the conspiracy against Valentinian III, aspired to take the throne. In the end, it was Maxim who seized power, and forcibly married Eudoxia, thus seeking to legitimize his power.

On February 28, 457, Majorian was appointed Chief of the Cavalry. His appointment to this post falls during the period of the emperor’s absence in the west. The emperor of the East was considered the only ruler of the whole empire.

Ascension to the Throne

On April 1, 457, Majorian was proclaimed Emperor at the military camp in Ravenna at the will of Leo I. Majorian himself said  he did not want to become Emperor, but he could not refuse the duties offered to him from a sense of duty to the state. Having ascended to the throne of the Western Roman Empire, Majorian gained power only over its one part, Italy. During the rule of previous Emperors, the empire lost Spain, Britain, and Africa. Gallia, still part of the Roman Empire, did not recognize the new emperor. The situation in Italy itself was unstable.

Vandals, who not so long ago looted the city of Rome (455), did not leave the Western Roman Empire alone. Possessing dominance in the coastal waters of the central and western Mediterranean, the vandals regularly raided the Roman coast. In one of these raids, the Vandals and Mavretans who landed at the mouth of the Lyris River and devastated Campania, were caught off guard by Emperor Majorian’s troops. The Vandals, suffering heavy losses, fled to their ships, abandoning the loot. Majorian began to collect troops in Liguria for a campaign in Africa, including Germans, Huns, and Scythians.

In August, 461, near Burton, some of the legions, which consisted of barbarians, created an uprising. Majorian was forced to abdicate power. On August 2, 461, he was arrested at the behest of Risimer. Five days after that, on August 7, Majorian died – according to some sources he died from dysentery, but it was probably at the hands of an executioner.

Majorian was the last of the West Roman Emperors considered of great virtue, with the mind of a statesman and responsibility for the state entrusted to him. Majorian outperformed all the Emperors of the Romans who ruled in the West in that period. He had a vision of a great and mighty Rome, that managed to regain its former glory within the boundaries of the old Roman Empire. However, Majorian still was not the real ruler of the city, since there was almost all-powerful Risimer. Thus,  Majorian could not completely stop the disintegration of the Roman state, although he managed for some time to become a great and powerful “ruling” emperor in the Western Roman Empire.

The West Roman Empire was going thru the last period of decay. The remnants of the past power and glory in the past and the power of the Eastern Roman Empire had become the only beacon of light for the Roman people in the east and in the west.  Majorian remains a short-lived legend of the fallen Roman Empire who soon after his death would fall to barbarians and other parties that invaded Italy.