Christina Vasa (1626–1689) Queen of Sweden, And the Most Educated Woman of the Century

Christina was born on December 8, 1626, in Stockholm as the only legitimate child of King Gustavus Adolphus (1594–1632) and his wife, Maria Eleanor of Brandenburg. She was mistakenly thought to be a boy at her birth; consequently Gustavus Adolphus had her raised as a boy. Her mother, who had suffered numerous miscarriages and desperately wanted a son, repudiated Christina at birth because she was a female and “ugly.” The masculine-looking Christina was trapped in a female body, causing her difficulty throughout her life. Gustavus insisted on raising her as a prince. He died as a martyr for Protestantism at the Battle of Lutzen on November 6, 1632, when Christina was six years old. Christina was tutored by the liberal-minded Bishop Johannes Matthiae Gothus (1592–1670), her father’s court chaplain, and received a male rather than a female oriented education. He taught Christina religion, history, and classical languages and considered her a brilliant student. Axel Oxenstierna (1583–1659), Sweden’s powerful statesman, taught her political statesmanship. She grew up to be extravagant, with a restless and whimsical nature and aspirations toward intellectual pursuits rather than governance. She was egotistical, considering herself superior to those beneath her. Having received a masculine upbringing, Christina adamantly refused to accept the traditional feminine role expected of her. She was determined to follow her own path and ignored criticism about her actions. 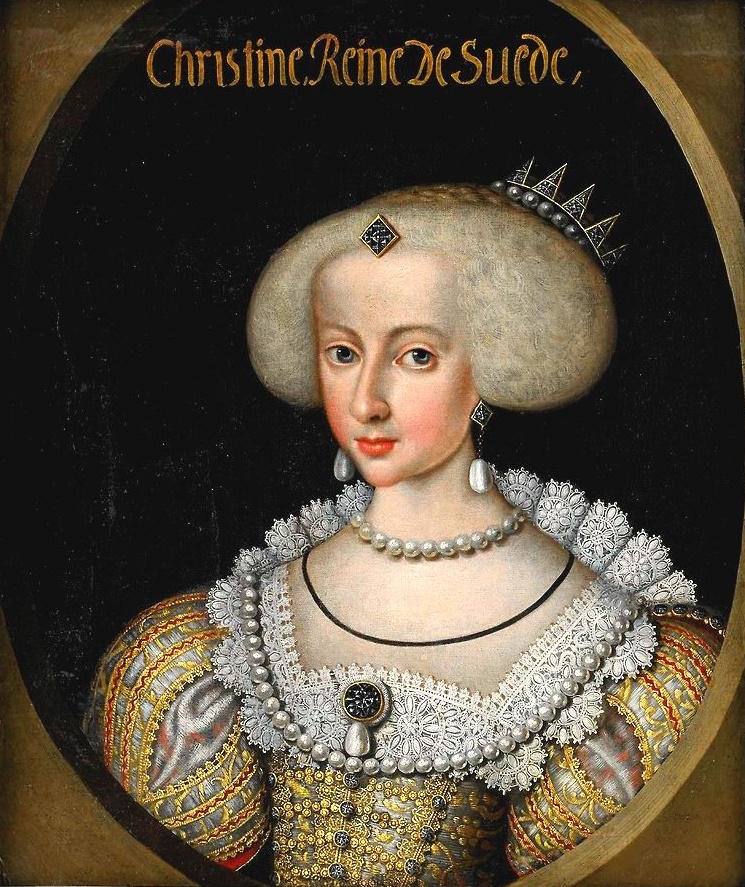 Christina’s 12-year regency consisted of five guardians, headed by Chancellor Oxenstierna. Christina was crowned in 1644 at age 18. She was a very accomplished and astute businesswoman, perhaps the most capable woman of her era. And although she had a strong sense of purpose, she was not suited to be a monarch.

The willful, eccentric Christina decided never to marry because of her aversion to sexual contact and to avoid the restrictions submission to a male would place on her. Her advisers wanted her to marry the prince of the Palatinate, Charles X Gustavus (1622–60), her cousin and dearest childhood friend. Despite the wishes of the Privy Council and Oxenstierna, Christina forcefully declined. She had the Riksdag (parliament) name Charles X Gustavus as her eventual successor in 1649 and he became a hereditary prince of the realm in 1650. Christina was intent on focusing her attention on the sciences and on peace. She impulsively ended the war with Denmark and obtained territory for Sweden at the 1645 Brömsebo Treaty. She went against the advice of Oxenstierna at the Peace of Westphalia in 1648 at the conclusion of the Thirty Years’ War and followed her own ideas. Although Sweden received Gotland and Saaremaa, some counties in Norway, and authority over Estonia, it lost control over the lucrative Polish ports. However, huge reparations were to be paid by the Catholic German states and at the conclusion of the war most of the Baltic Sea trade belonged to Sweden.

Christina caused considerable internal discord in Sweden with her obstinate eccentricities and reckless extravagance. She squandered Crown property and created noble positions that led to dissension and revolt. She gave unwarranted distinction to the unworthy and caused difficulties for her realm with her arbitrary manners. A split developed with the old ministers, some of whom were extremely loyal and had worked well with her father, on one side, and the people who benefited from her largesse on the other. On the positive side, Christina gave towns new privileges. She instigated enormous trade and created manufacturing industries. She initiated Sweden’s first school ordinance in 1649. She lionized the arts and sciences and encouraged countless institutes with her patronage, and she attracted great luminaries to her court such as the revered scholars Hugo Grotius and René Descartes, with whom she conversed as equals.

Willful Abdication and hopes of a new throne

Tired of the minutiae associated with governance, in 1651 Christina decided to abdicate but was persuaded to stay. She thereafter firmly focused primarily on philosophy, art, and religion. Although her actions after 1651 indicated she no longer had much interest in Sweden, it was her distaste for Lutheranism that lay behind her grievance about governing. The Pact of Succession of 1544 made it illegal for any Swedish monarch not to be Lutheran, but she refused to practice a faith she abhorred. The restraints against her caused Christina to abdicate in 1654. She renounced the Crown in Uppsala Castle on June 6, 1654. She gave herself an income and complete independence with complete power over her household, and her cousin Charles X Gustavus succeeded her. She converted to Roman Catholicism in Innsbruck and was confirmed by Pope Alexander VII (1599–1667) in Rome, who deemed it a great coup for Catholicism. She was renamed Maria Christina Alexandra. He granted her a grandiose apartment in the Vatican. Christina’s personal appearance and masculine manners were berated during her visit to France in 1646, but she was admired for her intellect. She had her grand equerry Giovanni Monaldeschi executed in 1657; he had betrayed her plans to take over the throne of Naples, a plan that ultimately failed. She was quickly removed from France and temporarily lost the support of Pope Alexander. When Charles X Gustavus died in 1660, Christina visited Sweden, pretending to arrange her personal affairs but in reality trying to reclaim the throne intended for Crown Prince Charles XI (1655–97). The Swedes rejected Christina and forced her to sign a formal abdication agreement. A second attempt to recover the throne failed in 1667. Her endeavor to obtain the Polish throne was rejected, along with her numerous other intrigues. Resigned, Christina moved to Rome permanently and pursued her literary, artistic, and scientific interests. Her salons made her the center of Roman society. Christina died in Rome on April 19, 1689. She was buried in St. Peter’s Basilica in the Vatican. Her huge library was donated to the papacy. 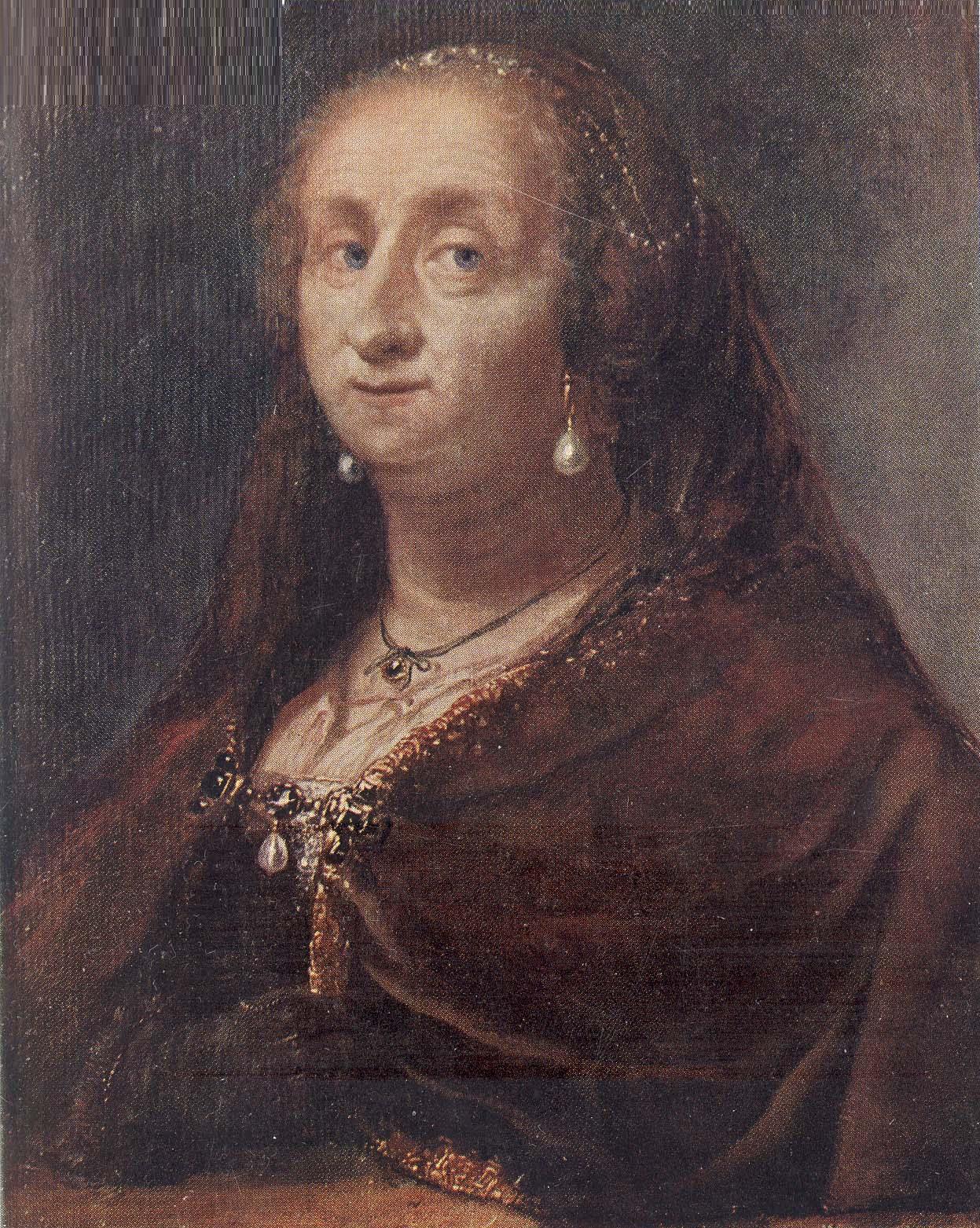