How Syphilitic “Zombies” Wandered During The Renaissance In Europe

Syphilis is a very serious disease. The origins of this disease it’s still unknown, but currently there are two theories, which can potentially tell us where this shocking disease comes from.

The images are pretty serious from the symptoms caused by this disease and will not be displayed.

The first theory is the Columbian theory, which indicates that this sickness was brought back by the great explorer Christopher Columbus. Because people were not being immune to this sickness and haven’t developed a defense mechanism yet, they could easily surrender to this deadly disease. It’s the reverse with Native Americans; they could easily catch a disease that was new to them and brought by the Europeans.

The second theory is called the Pre-Columbian theory. From a couple of sources there were treatments and symptoms related to this disease in Classical Greece, but it’s really hard to validate these claims because the lack of sources could only leave us guessing.

Europe was starting to grow in each aspect and was a leading power in the world. When we think back of the Renaissance Europe, we get such a pretty image in our heads. We think the beauty of Italy at its peak with all the artists creating their masterpieces. You could see people walking in interesting clothes, each wardrobe showing different status. But then came an outbreak and other kinds of people started roaming the streets.

The syphilis outbreak was a pretty new and serious threat for fast growing Europe. The first record of syphilis was in France by the French troops after they besieged the city of Naples, Italy.

It’s not exactly known how the syphilis got there; the valid guess would be by Spanish mercenaries. This guess is made because most crew members that served with the New World voyage, later joined King Charles VIII to besiege Naples. They have had the disease and spread it across all of Europe as they traveled.

By now, you are probably wondering about the symptoms. As people describe it, you get this feeling of watching a zombie movie. This disease was so bad that it rotted parts from your body.

It caused flesh to fall off your face and you experienced major pain. If one wasn’t well treated, the maximum he/she could survive was a couple of months.  It couldn’t be compared to the Black Death, which caused almost 50% of the population to die, but it was a major strike on Europe at the time.

People were walking the beautiful streets with their faces rotting off. According to one description the disease caused people’s lips, nose, almost whole face and genitals to fall apart from their bodies. This caused a huge panic among the population and serious “methods” for stopping this illness were tested.

Even though this disease was serious and could have stopped a lot of growth, in this period Europe was at its high peak starting a new age, a different age.

Syphilis is also mentioned in a pretty interesting painting, this is a man with known syphilis symptoms. Here is the image; the portrait is of Gerard de Lairesse made by the great Rembrandt van Rijn:

Also syphilis is found in plays as well; various scenes were made where people were suffering from this sickens.

Another pretty interesting thing is that people who had more financial outreach could treat the sickness better and if they managed to defeat it, they might have had scars left for life. But people made plastic surgery even then. Various icons are found and here is an image of a nose: 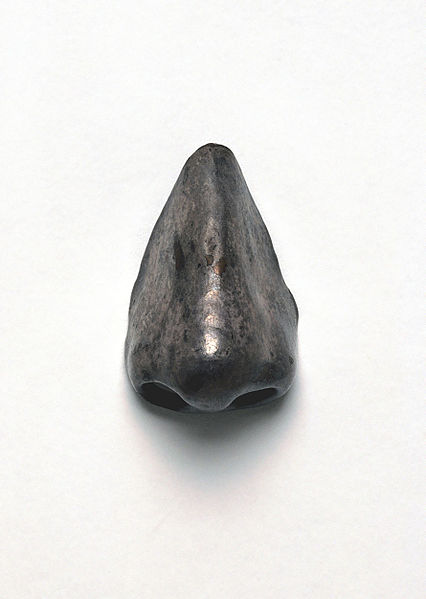