The Seven Sages  or Seven Wise Men was the title given by ancient Greek tradition to seven early-6th-century BC philosophers, statesmen, and law-givers who were renowned in the following centuries for their wisdom.

Cleobulus was the son of Evagoras and a citizen of Lindus in Rhodes. Clement of Alexandria called Cleobulus king of the Lindians, and Plutarch spoke of him as the tyrant. The letter quoted by Diogenes Laertius, in which Cleobulus invites Solonto Lindus as a democratic place of refuge from the tyrant Peisistratus in Athens, is undoubtedly a later forgery.  Cleobulus is also said to have studied philosophy in Egypt. He had a daughter, Cleobulina, who found fame as a poet, composing riddles in hexameter verse. Cleobulus is said to have lived to the age of seventy, and to have been greatly distinguished, for strength and beauty of person.

Solon  was an Athenian statesman, lawmaker, and poet. He is remembered particularly for his efforts to legislate against political, economic, and moral decline in archaic Athens. His reforms failed in the short term, yet he is often credited with having laid the foundations for Athenian democracy. He wrote poetry for pleasure, as patriotic propaganda, and in defense of his constitutional reforms.

Chilon was the son of Damagetus, and lived towards the beginning of the 6th century BC. Herodotus speaks of him as contemporary with Hippocrates, the father of Peisistratus, and Diogenes Laertius states that he was an old man in the 52nd Olympiad (572 BC), and that he was elected an ephor in Sparta in the 56th Olympiad (556/5 BC). Alcidamas stated that he was a member of the Spartan assembly. Diogenes Laertius even goes so far as to claim that Chilon was also the first person who introduced the custom of joining the ephors to the kings as their counselors. 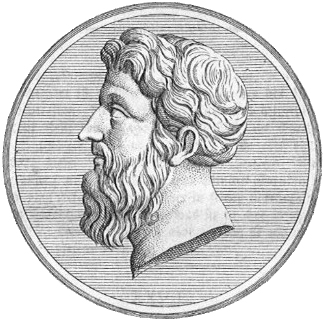 Periander , was the Second Tyrant of the Cypselid dynasty that ruled over Corinth. Periander’s rule brought about a prosperous time in Corinth’s history, as his administrative skill made Corinth one of the wealthiest city states in Greece. Several accounts state that Periander was a cruel and harsh ruler, but others claim that he was a fair and just king who worked to ensure that the distribution of wealth in Corinth was more or less even. He is often considered one of the Seven Sages of Greece, men of the 6th century BC who were renowned for centuries for their wisdom. Periander was said to be a patron of literature, who both wrote and appreciated early philosophy. He is said to have written a didactic poem 2,000 lines long. 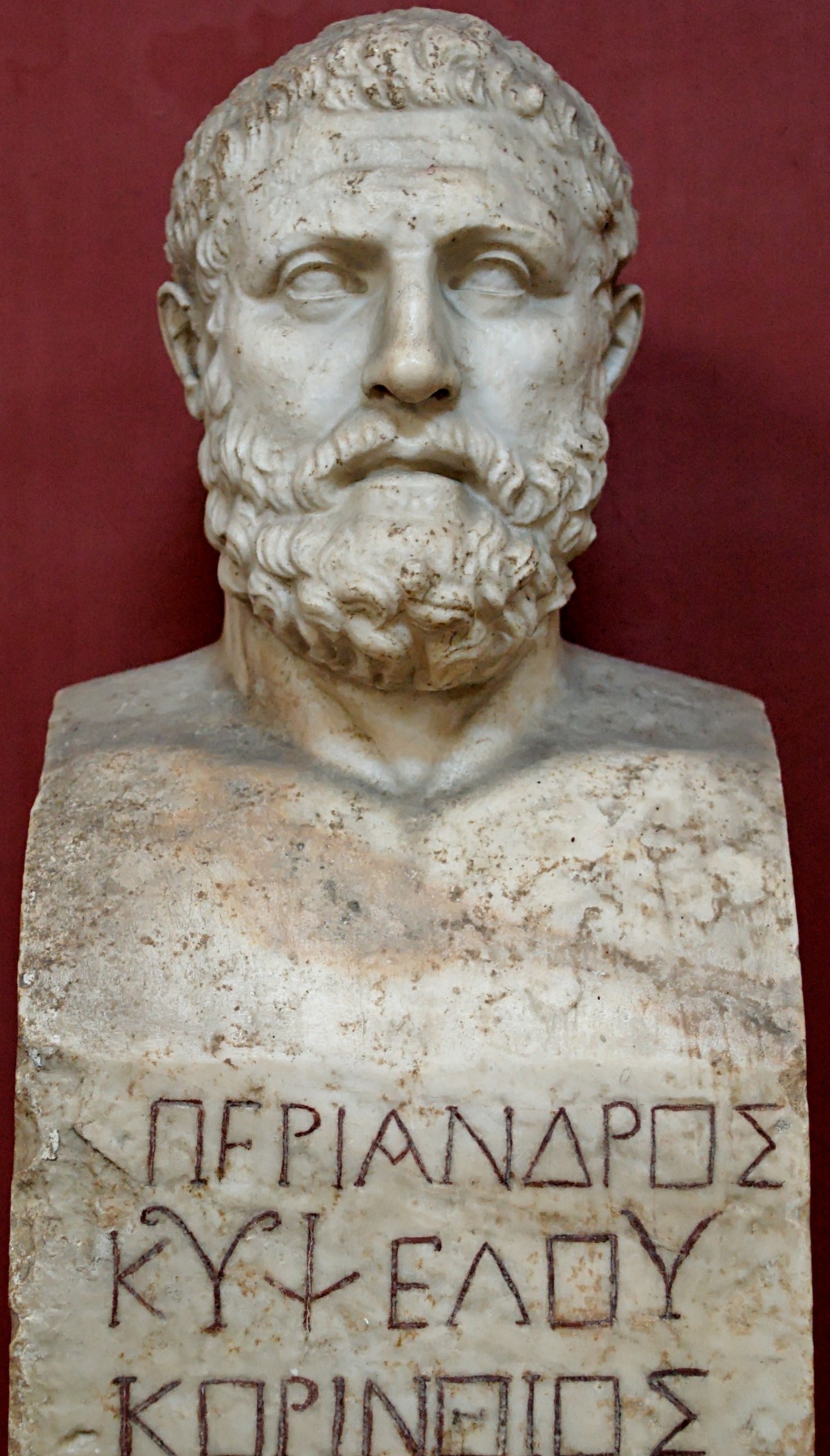 Thales of Miletus was a pre-Socratic Greek philosopher, mathematician and astronomer from Miletus in Asia Minor (present day Milet in Turkey). He was one of the Seven Sages of Greece. Many, most notably Aristotle, regard him as the first philosopher in the Greek tradition, and he is otherwise historically recognized as the first individual in Western civilization known to have entertained and engaged in scientific philosophy.

Bias was born at Priene and was the son of Teutamus.He is said to have been distinguished for his skill as an advocate, and for his use of it in defence of the right. In reference to which Demodicus of Alerius uttered the following saying – “If you are a judge, give a Prienian decision,”b and Hipponax said, “More powerful in pleading causes than Bias of Priene.” He was always reckoned among the Seven Sages, and was mentioned by Dicaearchus as one of the Four to whom alone that title was universally given.  One of the examples of his great goodness is the legend that says that Bias paid a ransom for some women who had been taken prisoner. After educating them as his own daughters, he sent them back to Messina, their homeland, and to their fathers.

Pittacus was a native of Mytilene and son of Hyrradius. He became a Mytilenaean general who, with his army, was victorious in the battle against the Athenians and their commander Phrynon. In consequence of this victory, the Mytilenaeans held Pittacus in the greatest honour and presented the supreme power into his hands. After ten years of reign, he resigned his position and the city and constitution were brought into good order. Pittacus instituted a law stating that crimes committed in drunkenness should be punished twofold, that was directed predominately against the aristocrats, who were more often guilty of drunk and violent behaviour. As such, it was greatly appreciated by the common people.