During the excavations on the territory of the Sahara in Ain al-Khaneh (Ain el Hanech) near the Algerian city ​​of Said, human evidence was found relating to the Moldovan industry, dating back to approx. 1.8 million years ago.

The early (lower) and middle Paleolithic in Europe, Asia and Africa were largely similar, primarily characteristic tools of the Acheul type (manual axes that are common throughout North Africa, and in particular in the Sahara).

In 1954–1955, three lower jaws and parietal bone of an Atlanthropus (700 thousand years) were found near Ternifin in the region of Oran (Algeria). Later, during the excavations, traces of an earlier human presence associated with the Moldovan industry and dating back about 1.8 million years ago were discovered.

Later, Neanderthals began to create tools Levallois and Mousterian types, which are also found in the Levant and in Europe.

At this stage, the Upper Paleolithic was characterized by initially Mousterian tools, and later by more technologically advanced tools of Aterian culture, spread from Libya in the east to the Atlantic coast in the west, and south to the large Chad lake at that time, sporadically encountered in Egypt and Sudan to the west of the Nile. The instruments of the “Atherian culture” (after the name of the monument of Bir-el-Ater south of Annaba in the north-east of Algeria), first appear from 30,000 B.C. distinguished by high quality workmanship, great variety and specialization compared to the Mousters. Atherian culture (the Atherian type of tools) was the first archaeological culture, which had no analogues in other places; while in Europe there existed the Middle and Upper Paleolithic, as well as the Mesolithic, in Africa there was a specific African phase of the Paleolithic, which lasted in the region of Lake Chad until the Neolithic. Cro-Magnon were the bearers of the Atherian culture. It represents the first cultural traces of man in the Sahara. 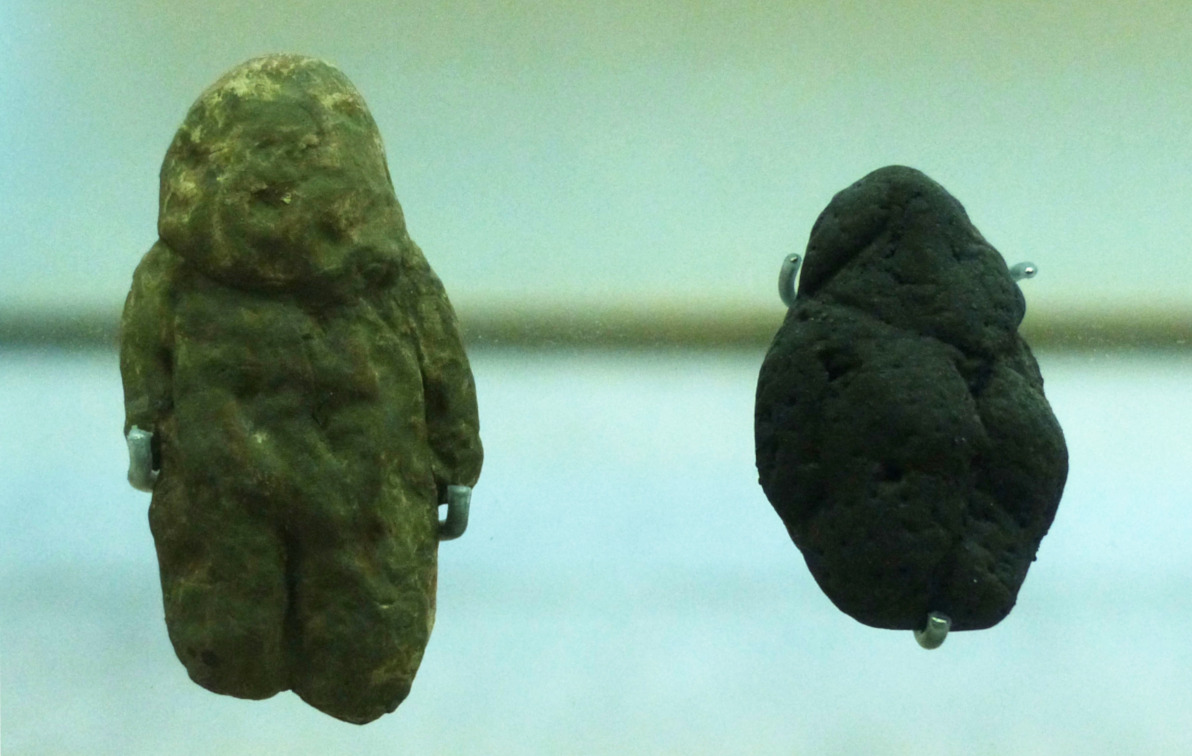 Both epipaleolitic cultures of North Africa, possibly associated by their origin with Asia Minor – Ibero – Mauritanian (17-8 thousand B.C.) and the subsequent Kapsian ( 9-3 thousand B.C.), have typical North African features. In their inventory microliths dominate, especially nozzles for harpoons and saws – they are often found in places of dry lakes.

Epepaleolithic archaeological finds in North Africa are quite rare – many may have been destroyed as a result of rising sea levels. In the cave Howa-Fteah (Cyrenaica, Libya) the remains of wild sheep, and gazelles were found. Sheep bones were also found in the Hagfet al-Dabba cave. In the Maghreb, mill stones and sickle stone tools were found.

The earliest industry tips, spread in the period of 15-10 thousand years B.C. throughout the coast of North Africa, refers to the Ibero-Mauritanian culture, also referred to as the Oranian culture (after the place of finds near the city of Oran). The carriers of this culture, as well as the neighboring Hassi al-Abiod in the territory of Western Sahara and Mauritania, belonged to a mehtoid subrace, close to European Cro-Magnons. To the south of it existed Kiffia culture, the carriers of which belonged to the Negroid race.

In the period 9000 – 5000 years B.C. Ibero-Mauritanian culture is gradually absorbed by Kapsi culture. Her speakers, presumably speaking Afro-Asiatic languages, came from East Africa (the Horn of Africa). Around 3000 B.C. The anthropological type of Kapisian culture gradually becomes homogeneous and corresponds to the modern Mediterranean subrace. The last mehtoids (guanches) are preserved on the Canary Islands, but in subsequent years the Berbers penetrate there, as evidenced by the data of the Guanch languages.

The Neolithic civilization, which was characterized by the domestication of animals and subsistence agriculture, developed on the territory of the Sahara (which at that time was experiencing wet neolithic subpluvial) in the period from 6000 to 2000 B.C. This type of economy is reflected in the rock art of the Sahara desert.