Hohenzollern Dynasty in Brandenburg and Prussia

The Hohenzollern family established a dynasty ruling the German kingdoms of Brandenburg (1415–1918) and Prussia (1525–1918) until the end of World War I (1914–18). The Hohenzollerns were one of the most influential among the German royal families within the Holy Roman Empire and, during the period following its dismantling by Napoleon I of France (1769–1821) in Nuremberg, the Hohenzollerns continued expanding their control in the regions of Swabia and Franconia, both now part of Bavaria. Frederick’s sons founded two significant branches of the family known as the Franconian and Swabian lines, both controlling multiple territories. From the Franconian line derived the burgraves of Nuremberg, and later the electors of Brandenburg, the kings of Prussia, and the Emperors of Germany.

Rise of the Hohenzollern dynasty

In 1363, the Hohenzollerns attained the rank of princes of the Holy Roman Empire. Frederick VI (1371–1440), who controlled Nuremberg and other estates in Ansbach and Bayreuth in Franconia, became margrave of Brandenburg in 1411. In 1415, Holy Roman Emperor Sigismund (1368–1437) made Frederick elector of Brandenburg. As elector, he became known as Frederick I. From then on, Brandenburg emerged as the center of Hohenzollern power and the family continued to rise in influence among the German royal families. Frederick II (1413–70) increased his patrimony by purchasing territory from the Teutonic Knights and lower Lusatia from the Holy Roman Emperor. Albert Achilles (1414–86) initiated an attempt to consolidate the Hohenzollern family’s landholdings by passing a family law preventing the divisibility of Brandenburg.

In 1525, Albert of Brandenburg (1490–1568), the last grand master of the Teutonic Order, converted Prussia into a secular duchy and then, on advice from Martin Luther, converted to Protestantism at the time of the Reformation. The territories previously belonging to the order shifted to Prussian control. Though the Hohenzollerns converted to the Lutheran religion, they later converted to Calvinism. However, the Hohenzollerns’ subjects were allowed to remain Lutheran. The Hohenzollern holdings of Brandenburg and Prussia united under a single ruler when John Sigismund (1572–1619), who acquired Cleves, Mark, and Ravensburg in 1614, inherited the duchy of Prussia in 1618. 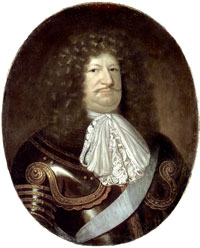 Frederick William, the great Elector and Frederick I ”King In Prussia”

Frederick William, the Great Elector (1620–88), was elector of Brandenburg and duke of Prussia. He
expanded his landholdings by obtaining East Pomerania and secularized territories. During his reign, Frederick William worked to consolidate Hohenzollern authority throughout its landholdings to establish the centralization necessary to implement an absolute monarchy. His son was crowned Frederick I (1657–1713), “king in Prussia,” in 1701. However, this title was not recognized fully until the Peace of Utrecht in 1713. The new title symbolized the unity of the Hohenzollern lands under one ruler and marked the emergence of the family as one of the most influential royal families in
central Europe. 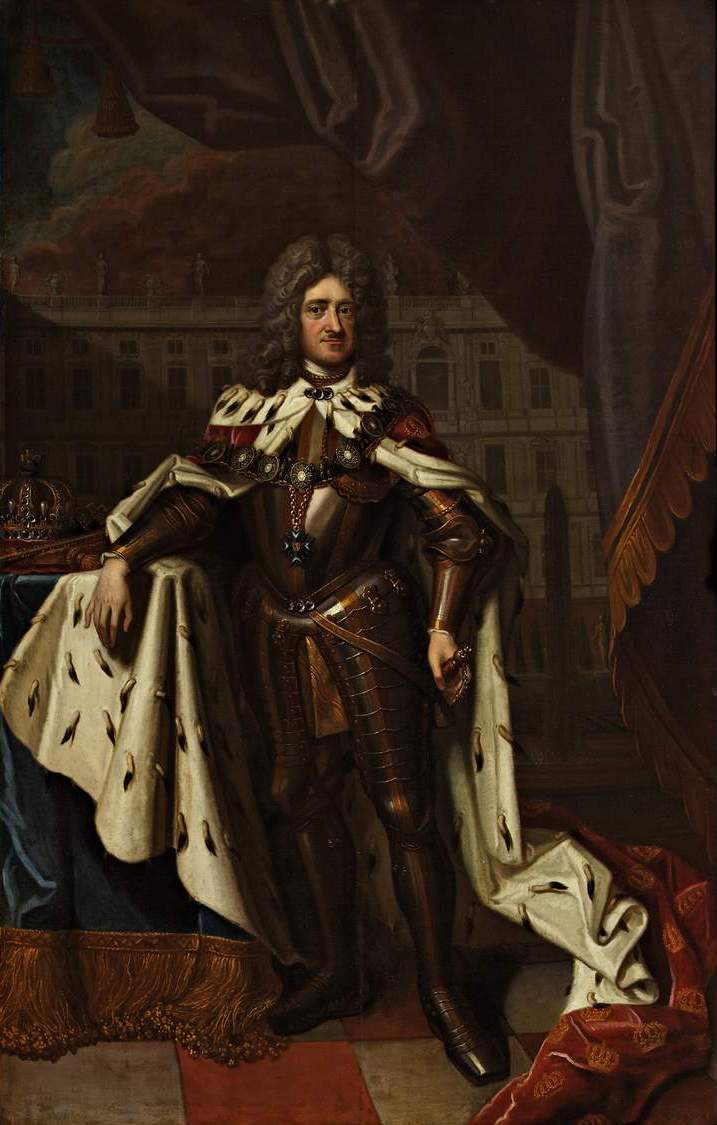 Frederick William I (1688–1740), known as the “soldier-king,” implemented several reforms that set the path for the future success of the Hohenzollern dynasty and obtained part of West Pomerania in 1721. A firm autocrat, Frederick William reformed Prussia’s finances and made the Prussian military one of the most powerful in Europe.

Frederick the Great King in Prussia and King  of Prussia

Frederick II (1712–86), known as Frederick the Great of Prussia, was an enlightened despot who turned Brandenburg- Prussia into one of the top five European powers. An accomplished musician and aspiring philosopher, he codified Prussian law and established a modern bureaucracy in Prussia. He also abolished torture and granted wide religious freedom. Using the military resources
left to him by his father, Frederick II warred against the Habsburgs of Austria, who were also Holy Roman Emperors almost continuously from the 15th century onward and the chief rivals to Hohenzollern ambitions in central Europe. The ensuing rivalry between Austriaand Prussia prevented German unification until the Austro-Prussian War in 1866 conferred Prussian dominance. Frederick II was regarded as a great military tactician and commanded Prussian forces in the War of the Austrian Succession (1740–48), the Seven Years’ War (1756–63), and the War of the Bavarian Succession (1778). He seized Silesia from Maria Theresa (1717– 80), Holy Roman Empress and queen of Austria, which provided Prussia with a wealth of raw materials. He also acquired West Prussia and Ermeland in 1772 as part of the first partition of Poland.

Frederick II was succeeded by Frederick William II (1744–97), Frederick William III (1770–1840), and Frederick William IV (1795–1861). All were rulers of unexceptional ability. The kings of Prussia retained their title of electors of Brandenburg until 1806, when Napoleon I of France defeated the Holy Roman Empire and ordered its dissolution. In 1871, William I of Prussia (1797–1888), with the aid of his prime minister Otto von Bismarck (1815–98), became emperor of a united nation-state of Germany. Another branch of the Hohenzollern family, the Hohenzollern-Sigmaringens, held vast landholdings during the era before German unification and became princes (1866–81) and later kings (1881–1947) of Romania. They also made an unsuccessful bid for the throne of Spain, which led to the Franco-Prussian War (1870–71).