History of the Mongol Army Roster and Tactics

The Mongol Empire at its zenith was the second largest empire the world has ever known in history; from the Pacific Ocean to Eastern Europe, from Indochina to the Levant, it came to be in a turbulent time in the Medieval Ages, and brought with itself the end of kingdoms and empires. The key thing that allowed the Mongol Empire to quickly spread and conquer was their mobility, as each soldier in the arban, zuun, mingghan and tumen, those being the numerical number of people in military units, were responsible for their own equipment, weapons as well as taking care of 3 – 5 horses and being led by a leader that governed his unit as he saw fit best to execute orders.

They knew well how to live off the land as opposed to the agrarian armies, which had allowed them to quickly traverse, attack en-masse, as well as cunningly fleeing the enemy army by splitting into small groups. To maintain their prowess in war, the units practiced archery and horsemanship. After they’ve rested, they continued the pace and never failed to laziness. In order to maintain the discipline, they had to respect and follow their superiors, be loyal to the Khan, and as for punishment in case a soldier wanted to leave, the Khan’s nine companions and he would suffer together. The Mongol Empire used cavalry as its main core of the army roster with 6 out of 10 cavalrymen being light, while the rest were heavy lancers.

Their preferred season of war was winter, as little to no activity was to be done in such horrid conditions, allowing them free reign over the enemy terrain. Mongols preferred to tire and pelt their enemies with arrows sitting safely atop their horses, diminishing their numbers and giving no quarter.

Once the enemy would begin to form phalanxes or pack themselves together, the noyans would give the signal of drums and flags designed for orders would then be raised up to give the lancers and heavy cavalry a signal. Thus, they charged and broke the ranks forcing their enemy to rout. With that, they allowed the light cavalry to quickly chase down the disorganized and fleeing people. They would either imprison them or put them down. Because of the light traveling, the Mongolian Empire war machine could never run out of steam, and the cuisine they brought with them sometimes allowed the common warrior to be able to survive off of blood mixed with mare milk. They brought with them skilled engineers in case the siege engines needed to be repaired. They were quick at adapting to climate and living conditions. 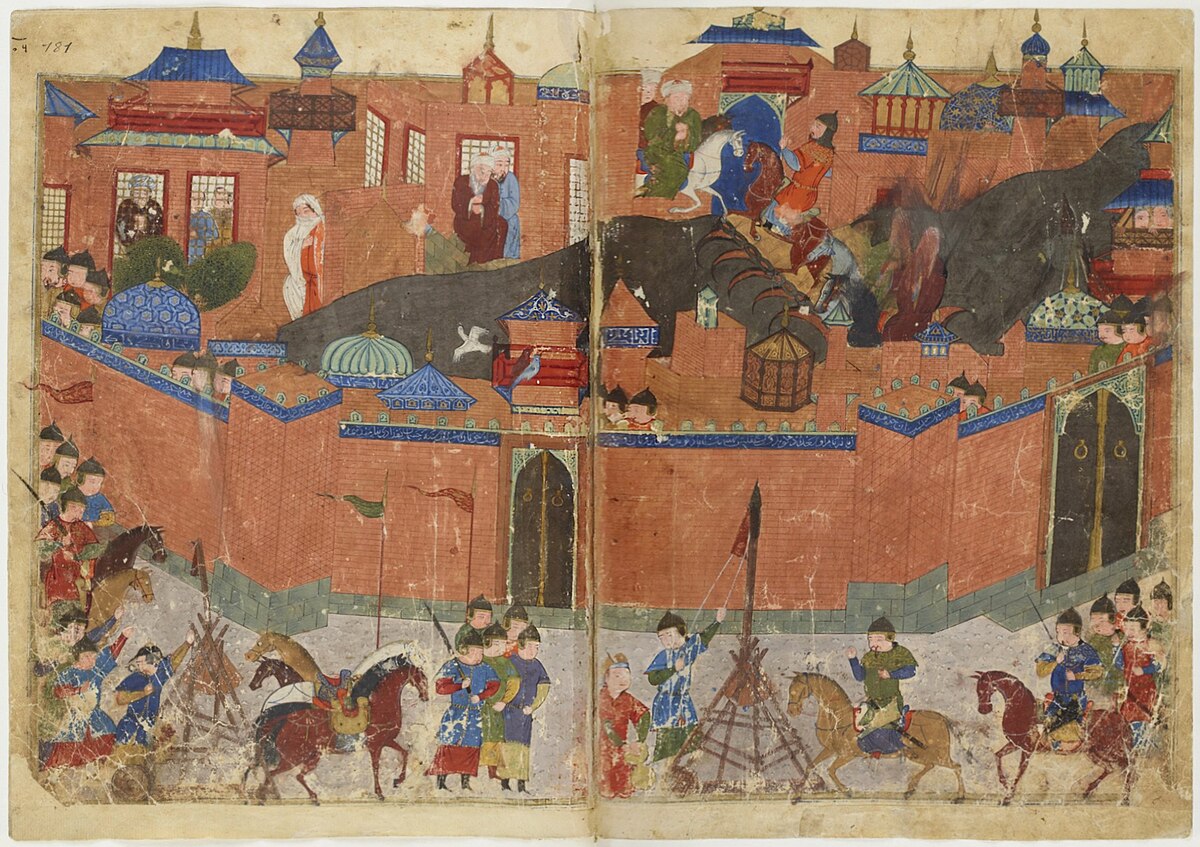 The Mongols extensively practiced spying and meticulously observing their surroundings, sometimes even as long as a decade – judging each faction and mapping the roads. They never earned their loyalty in large numbers and allowed different tactics and strategies to be implemented on the battlefields. Perhaps the best tactic the Mongols used was psychological terror, as they understood that their enemies relied heavily on their agriculture, trade and each subject under their rule, they would often offer them a chance to be subjugated peacefully. They would raid and pillage forcing refugees to seek shelter in the large towns. The Mongols would drain the enemies’ resources, but the best part was creating a false image to their adversaries as to how large the army at their door was exactly. They would have all of their horses saddled with dummies adorned in armor and weapons. Still, the demise of the Mongol armies was a simple, yet crucial one.

They entered the enemy’s territories but the land itself could not sustain their horses and the herds that followed the army permanently, so they were forced to either retreat, or spread even thinner on their communications. The Khans would often squabble among themselves for power. Since their armies were small in number and not enough for maintaining garrison and enforcing rule, rebellions often happened, which eventually culled the Mongols like animals.